Meet Logan. He had the ‘Sault Ste. Marie Blues’

Singer/songwriter Logan McKillop had rough time during first visit to Sault; returning to play Water Tower Inn Pub in May
0
Apr 20, 2019 10:30 AM By: Darren Taylor 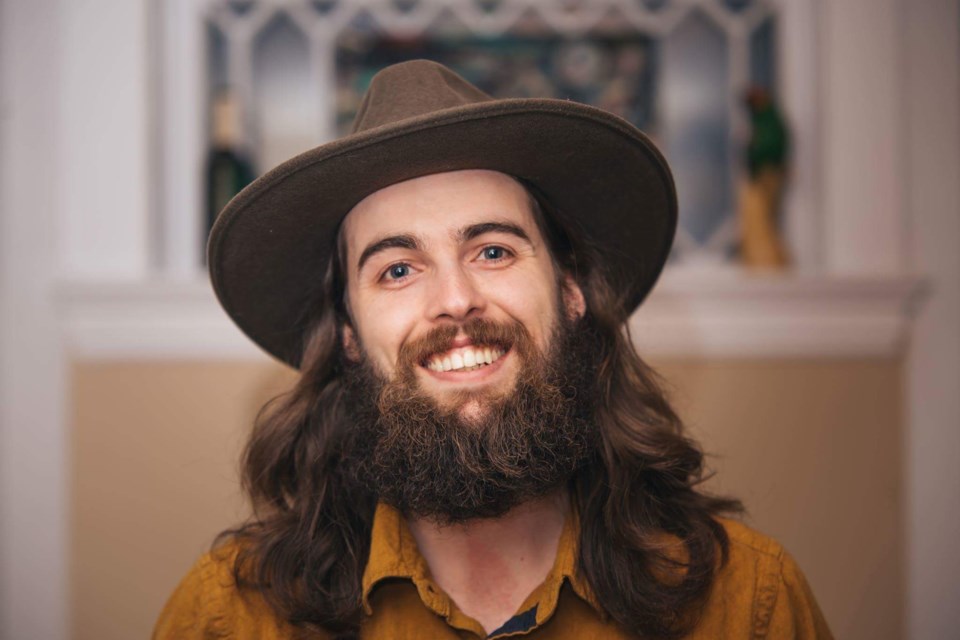 He’s now able to chuckle about his first visit to Sault Ste. Marie in 2011, but it was a tough time for McKillop, the folk performer returning to the Sault to play the Water Tower Inn Pub May 15 to showcase his second album, Anchorless.

Describing what he called his ‘Sault Ste. Marie Blues,’ McKillop, speaking to SooToday in a telephone interview from Nanaimo, B.C., said, “I had a real rough day my first time in Sault Ste. Marie. I was on my first solo tour out from Montreal and back, and I was two days away from getting back home to Manitoba and it was all because of my GPS.”

“I was looking for a place to eat and my GPS led me over the bridge (to Sault Ste. Marie, Mich.),” McKillop said, adding he was unaware at the time the Sault was on the Canada-U.S. border with a twin city on the other side.

Having received a less than warm welcome from U.S. Homeland Security officials, McKillop returned to the Canadian Sault, only to have his vehicle T-boned at the intersection of Bruce and Wellington streets.

He emerged uninjured from the collision. His tour van, however, was a write-off and he had to return to Manitoba on a Greyhound bus.

Understandably peeved at the time, McKillop can now laugh about the ordeal, and he is looking forward to his May 15 performance in the Sault.

McKillop, 28, was raised in Onanole, a hamlet 100 kilometres north of his birthplace of Brandon, Man.

“Both my mom and dad are players and songwriters and all my siblings are as well, so it made a lot of sense to me to pursue music as a full-time career,” McKillop said.

For the past four years, he has toured Canada from coast to coast, as well as performing in the United Kingdom.

“You could say rock and roll got me back in Grade 6,” said McKillop, who has also played drums, banjo and mandolin in his musical life.

“I remember my dad bought me a really cool electric guitar for Christmas that had a red lightning bolt on it,” he fondly recalled.

The young McKillop then went on to listen to a lot of rock music.

“Once I started playing, music was my greatest passion and my greatest hobby. I was always doing it on the side in high school and when I went to Brandon University to study geology.

“That’s when I really started diving into songwriting, and after my second year of geology, I thought, ‘Hey, I’m not sure if I want to be a geologist,’ because I was pouring all my energy and emotion into music, so I switched over to the university’s music program and started playing jazz.”

About two months into the music program, Manitoba songwriter Alana Levandoski invited McKillop to accompany her on a tour of the United Kingdom.

“That was my first tour experience ever, and after that I was hooked. I realized Alana was out there connecting with people through her music and I realized I wanted to do the same for myself.”

These days, he plays acoustic guitar in his performances, classifying himself as “a folk/roots singer, songwriter and storyteller.”

“I like the honesty of folk music. It’s always had that within it, whether it’s a protest song, a love song, or a song about somebody’s story that needs to be told, and it’s given me a voice for myself as well.”

McKillop said he has seen his music bring tears and laughter to audience members.

He will be musically accompanied by Manitoba pianist Sophie Stevens for his May 15 Water Tower Inn Pub gig.

As for his album’s title track, McKillop said, “Anchorless comes from imagining if everybody was a sailor, and if everybody’s life was going out on the ocean, I would hope that everybody would pull their anchors out of the water and allow themselves to go wherever they wanted to go.”

“A lot of the songs on the album deal with people overcoming hardship and struggle ... All the other tunes come under the umbrella of Anchorless.”

Winter weather travel advisory in effect tonight
Feb 19, 2020 4:37 PM
Comments
We welcome your feedback and encourage you to share your thoughts on this story. We ask that you be respectful of others and their points of view, refrain from personal attacks and stay on topic. To learn about our commenting policies and how we moderate, please read our Community Guidelines.