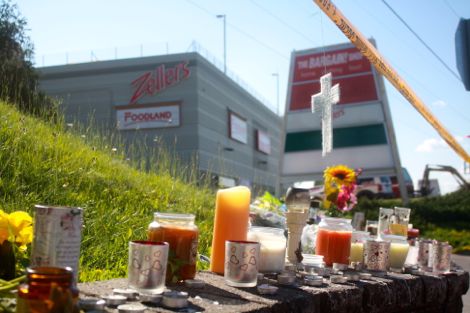 ELLIOT LAKE – Algoma-Manitoulin MPP Michael Mantha says that documents recently acquired by the CBC about rescue efforts at the Algo Centre Mall raise questions about decisions coming from the Premier’s office during the crisis.

“These documents are very concerning to myself, my neighbours in Elliot Lake, and all Ontarians,” said Mantha. “What they show, first and foremost, is that Dalton McGuinty and his advisors only did the right thing when public pressure forced them in to doing it.”

The documents include a chain of emails amongst staffers which suggest the Premier was going to release a statement calling off rescue efforts.

The decision was then reversed in the face of growing public criticism.

“At a time when our Premier should have acted quickly to continue rescue efforts, it was local residents who led the charge. Without the immediate and vocal reaction of the residents of Elliot Lake, the Premier’s office may have called off the rescue efforts,” said Mantha.

Mantha is hopeful the ongoing public inquiry into the collapse will help prevent similar delays in future.

“The Algo Centre collapse was a tragedy for this community, and the fact that our own Premier was willing to call off rescue efforts so early is like rubbing salt in the wound,” said the MPP. “My only hope is that the public inquiry into the collapse will offer real solutions to prevent this from happening again.”