Look what your city is doing with a hundred tax dollars! 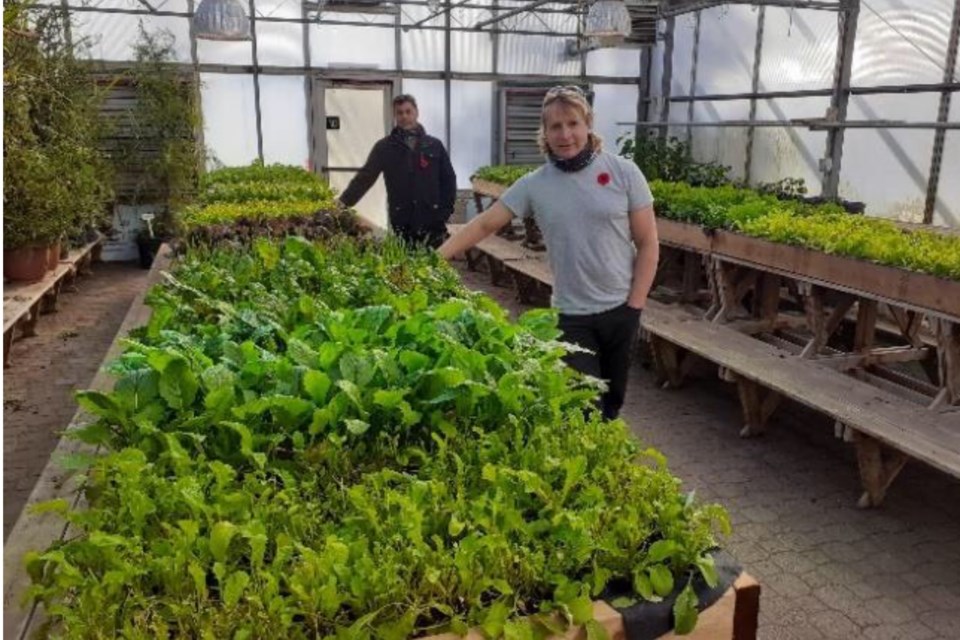 This just a small part of the bumper crop of winter greens that city staff are growing for Harvest Algoma. Photo supplied

City Council will learn Monday about a pilot project based at the Bellevue Park greenhouse that's significantly increasing the supply of fresh green vegetables to local food banks.

"Public Works' horticulture division normally has a period of approximately four months time where the propagation greenhouses at Bellevue Park are empty: September to December each year," says Susan Hamilton-Beach, the city's director of public works.

"Earlier in the year, staff proposed the initiative that with very little effort, the greenhouse could produce cool-weather greens such as lettuce, spinach, kale, Swiss chard, arugula and various herbs," Hamilton-Beach says in a report to Mayor Provenzano and ward councillors.

"The products selected are all cold-weather plants requiring minimal heat (45-50F). The intent was to assist in meeting the increased demand for fresh produce at our local food banks."

The first bumper crop of greenhouse veggies has been going to Harvest Algoma, which is making then available to up to 29 local groups.

"The estimated cost for this pilot project was minimal: annual seed cost of approximately $100 and 10 minutes of staff time daily," Hamilton-Beach says.

"It should be noted that some seeds were also donated and material from the city-run composting program was utilized."