Ontario officers executed a search warrant and removed 25 horses and one goat from Hurley's care
0
Jun 16, 2017 11:00 AM By: SooToday Staff 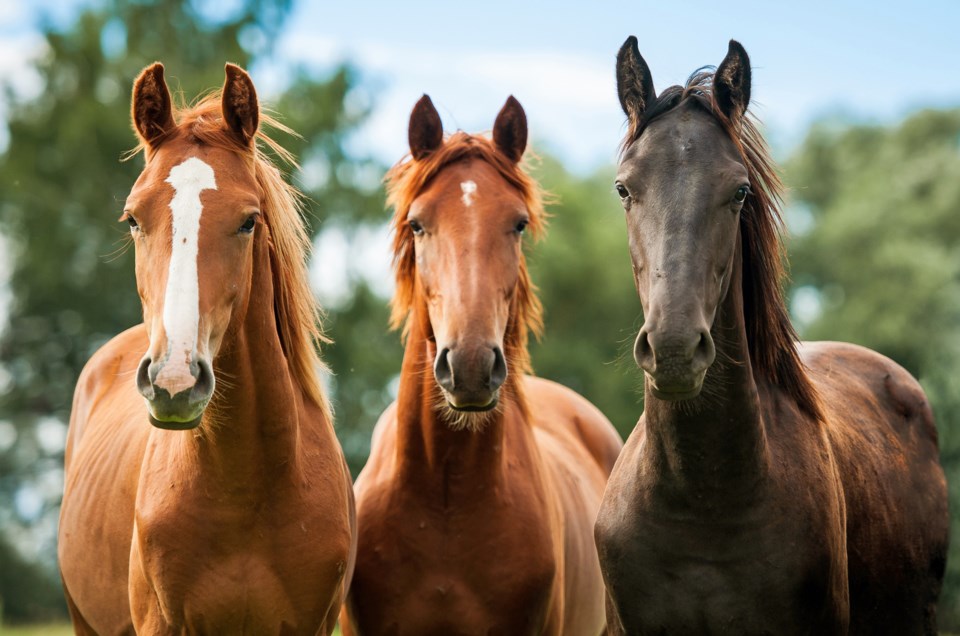 *************************
A 53-year-old Sault Ste. Marie woman has been found guilty of six counts of animal cruelty under the Ontario SPCA Act following an investigation into the treatment of horses in her care.

On June 8, 2017 at a Provincial Offenses Court in Sault Ste. Marie, Rebecca Hurley was convicted of six counts of animal cruelty under the Ontario SPCA Act:

On Feb. 9, 2014, the Ontario SPCA commenced an investigation in response to reported concerns for Hurley’s horses. The report indicated that the horses were in poor body condition and had overgrown hooves.

On March 5, 2015, after an extended period of time trying to assist and work with Hurley in addressing the identified concerns for her horses, Ontario officers executed a search warrant and removed 25 horses and one goat from her care.

The removal was the result of Mrs. Hurley’s non-compliance of Ontario SPCA Orders and on the recommendation of an attending veterinarian.

On this date many of the horses were found to be underweight, with their ribs, hip bones and spines being easily palpated. Though feed was available on the property, the horses did not have access to it.

The poor body condition of the horses spoke to their chronic neglect, which was further supported by officers witnessing the majority of the horses attempting to eat manure. Issues of significant dehydration, dental issues, overgrown hooves and poor housing added to the neglect.

Further, two Belgian-type horses were found to be suffering from medical neglect, as evidenced by wounds located on their heads that required immediate veterinary care.

“The Ontario SPCA always endeavours to work with people in educating on appropriate and responsible animal care,” says Senior Inspector Lynn Michaud, Ontario SPCA. “However, if an individual chooses not to accept such help and fails to meet legislated standards of care, then our next course of action is to remove the animal(s) in question to alleviate their distress and to pursue provincial and/or federal animal cruelty offences.”