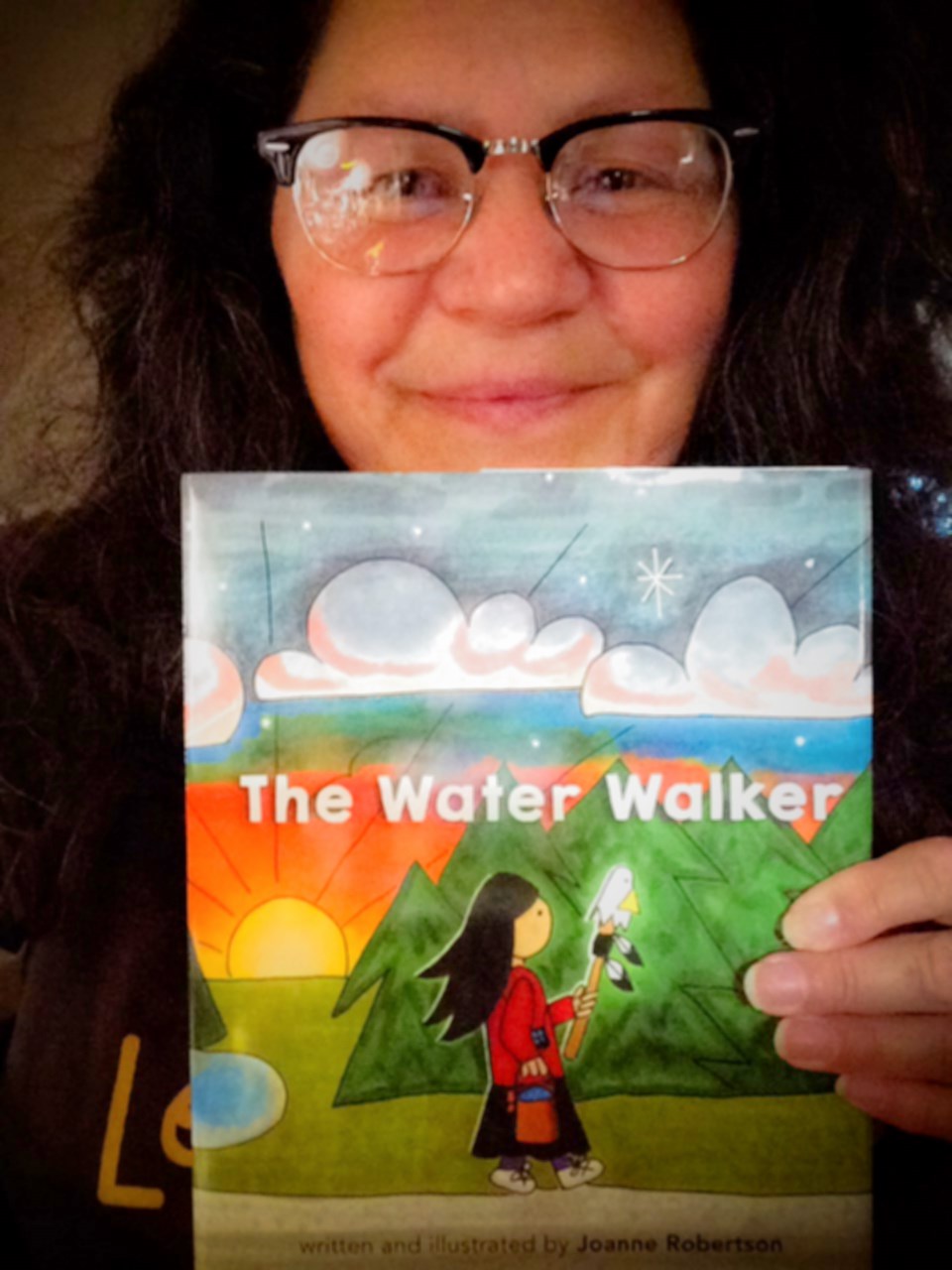 Anishinaabe writer and illustrator Joanne Robertson has won an Indigenous Literature Award from the Periodical Marketers of Canada (PMC) and First Nation Communities READ for her children’s book, The Water Walker.

Robertson, a resident of Goulais River, based her book on the water walks that she’s taken part in over the years alongside Josephine Mandamin, who began walking to raise awareness about the health and wellbeing of water sources some 15 years ago.

“Awards and recognition are a way of moving the message forward,” Robertson said. “I feel proud that I got to use my gifts to raise awareness about water in this way.”

The two became friends when they met up at Algoma University two years later.

Since then, Robertson has been instrumental in carrying out a number of water walks with Mandamin, taking them from the four oceans to the St. Lawrence Seaway to all five of the Great Lakes.

Robertson - who tracked the buckets of water along those walks by GPS - assisted with Mandamin’s final water walk last summer.

She says that Mandamin can no longer carry on with the walks due to Parkinson’s Disease.

“I didn’t feel sad, because during the walk so many people are inspired,” Robertson said. “You just have a feeling the work will continue.”

The work that Robertson does for water protection is a never-ending process.

When she was an Anishinaabe outreach officer at Algoma University, she had to take medical leave.

She ended up doing a lot of writing and illustrating while on leave, much of which ended up being used for The Water Walker.

When she got back to work, she noticed a poster while cleaning out her inbox.

“There was a poster from Second Story Press, and they were celebrating their 25th anniversary as a publishing house, and they were having their first ever Aboriginal writing contest,” said Robertson. “During the 2011 water walk, I promised some grandmothers in Churchill - and a lot of other people - that their names would be remembered, and that I was going to archive everything.”

She didn’t win that contest, but was offered an opportunity to be published by Second Story Press nonetheless.

Her book tells the story of Anishinaabe nokomis (grandmother) Josephine Mandamin walking for nibi (water) after hearing a prophecy.

“She heard a prophecy from one of our elders that said, ‘one day ounce for ounce water will cost as much as an ounce of gold,” Robertson said.

The efforts of the water walkers will soon be a part of the Anishinabek Discovery Centre that’s being built across the street from Algoma University and Shingwauk Kinoomaage Gamig.

Algoma University Archives is currently compiling water walk memorabilia, photos and stories in order to preserve a part of history at the new centre.

“Because it’s for the water, I know it’s not just [about] me,” said Robertson. “I believe spirits [are] pushing us forward, kind of keeps you humble when you think of it that way.”