Can't watch Brad Jacobs going for gold this morning against Great Britain at the Olympics? SooToday.com has you covered as we live blog this morning's match between Great Britains's David Murdoch and Sault Ste. 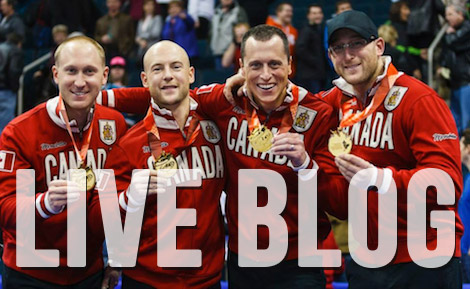 Can't watch Brad Jacobs going for gold this morning against Great Britain at the Olympics?

SooToday.com has you covered as we live blog this morning's match between Great Britains's David Murdoch and Sault Ste. Marie's own Team Jacobs.

SooToday will have a full recap of the Jacobs win, click here to go there now

A golden day for Brad Jacobs and Team Canada. Jacobs hits and sticks for one and a 9-3 eight-end win

Murdoch's takeout rolls through the rings as well. Great Britain scores just one in the seventh end...Jacobs with the hammer in the eighth end, leading 8-3

Give Jacobs and Team Canada an 8-2 lead through six ends as Jacobs draws for a pair after Murdoch's takeout rolls too far to be shot stone. Seventh end upcoming

With Canada lying one, Murdoch attempts to nudge the Canadian rock but can't move it far enough. A steal of one for Canada leads to a 6-1 Canadian advantage through four ends 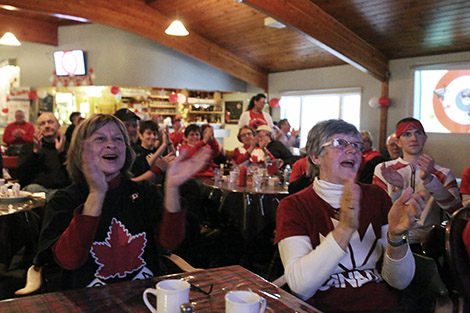 Murdoch attempts to take out a Jacobs stone while holding the shooter for a pair. Instead it rolls out and it's 2-1 Canada through two ends

As Jacobs throws his first stone, Canada lies two after a Murdoch runback takes out a pair of Canadian rocks in tight

Heading into skip stones in the first end with the Jacobs rink lying at least two, possibly three, with the hammer

Player introductions are complete at the Ice Cube in Sochi. First end is coming up shortly