This week, Vin remembers a man credited with producing an award-winning ice wine in Ontario and, as a result, elevating world opinion of Ontario wines
Jan 13, 2018 2:30 PM By: Vin Greco 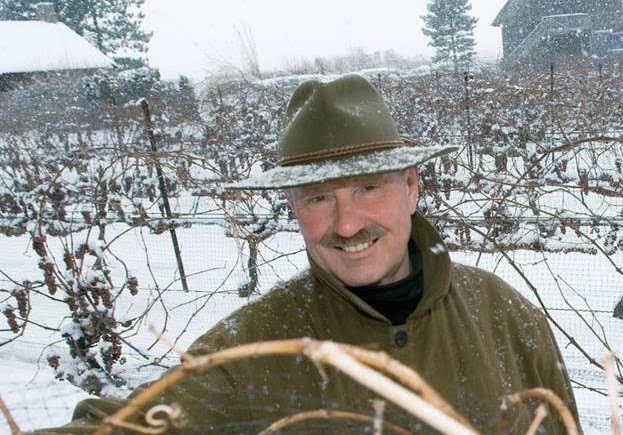 On Nov. 21, at the age of 76, while making his Sauvignon Blanc at home in Niagara-On-The-Lake, Karl Kaiser suffered a stroke, and soon after passed away.  Many will recognize the name, for others it will be unfamiliar, but it is one we should all know, and appreciate.

In 1975, along with Don Ziraldo, Karl, who emigrated from Austria in 1969, received the first licence for a new winery in Ontario since 1920, and with their establishment of Inniskillin, the modern Ontario fine wine industry was born.

Karl had helped out in an Austrian vineyard owned by his wife’s family, and when he came to Canada, he brought that interest with him.  He earned a degree in Chemistry from Brock University, and did further work in microbiology. He was a keen learner and teacher, and putting that together with his passion for winemaking, he became a ground-breaking leader in the Canadian world of wine.

At the time, the grapes grown here were mostly hybrids, but Karl and Don soon introduced the noble European Vitis Vinefera grapes, including Riesling, Chardonnay, and Gamay Noir, which were first harvested in 1977.

Karl bottled his first effort with Ice Wine in 1984 with the German term “Eiswein” on the label.  As you may know, Ice Wine is made from grapes that have frozen on the vine to at least -8 Celcius, which are then pressed while still frozen.

In Europe, the weather doesn’t always co-operate in this effort, but in Niagara, Ice Wine, despite the great efforts required in every step of the process, including protecting the sweet grapes from birds, is now a huge part of Niagara’s annual production.

A pivotal moment in Canadian wine history came in 1991, When Karl’s 1989 Ice Wine won the “Grand Prix d’ Honneur” at Vinexpo in Bordeaux, France.  It was this moment which brought attention and credibility to Ontario wines.

In 2000, to celebrate the Millennium, Karl launched his 1998 Sparkling Ice Wine.

Karl was instrumental in the establishment of the Cool Climate Oenology and Viticulture Institute at Brock University in 1996, with Inniskillin Hall named in his and Don Ziraldo’s honour in 1999.  He was the first instructor for the OEVI undergraduate course in wine chemistry in 1998.  He continued to lecture on a regular basis and engaged in research to understand more about ice wine fermentation and production.

Though he retired officially from Inniskillin in 2006, his interest and involvement in wine-making continued unabated.

Caption
In winesofniagara.com, Nov. 24, 2017, Inniskillin’s current winemaker, Bruce Nicholson is quoted, saying, "Karl’s vision to produce superior Canadian wine cannot be overstated.  He travelled extensively to expand his knowledge and brought both old world and new world winemaking technologies and their varied applications to Canada. His long list of prestigious awards and accolades for both table wines and Icewine is a testament to his talent and dedication. Whether it was from international competitors, wine media, the wine community at large or his loyal consumers, Karl was truly respected by all.”

Considering the distance Ontario wine has come since the 1970’s, and recognizing the fundamental role he played in bringing it to world-class status, we should all be raising a glass and saying, ”Thank-you, Karl.”

While a glass of any Inniskillin wine would be fitting, currently through Jan. 17, the Inniskillin Vidal Ice Wine is $7 off at $42.95 and it would be a most appropriate tribute to Karl Kaiser. It will offer big aromas of apple pie and caramel, with sweet lush peach flavours, offset by citrus notes on the finish.

As part of a focus on Sustainable Chilean wines, Vintages is releasing the Emiliana Organic Brut Sparkling, $17.95.  Emilian is one of the world’s largest organic and biodynamic producers with over 900 hectares of vines certified organic. 80 per cent Chardonnay and 20 per cent Pinot Noir, this charmat method wine is fresh and flavourful.

A couple of other Emiliana wines are already on the shelves. The Novas Gran Reserva Carmenère/Cabernet Sauvignon, $15.90 is a beautifully crafted wine with a medium body, good complexity, and black currant fruit augmented with fine herbal notes and soft tannins.

Emiliana Coyam 2013, $29.95, released back in October, is a blockbuster blend of predominantly Syrah, Carmenère. Merlot and Cabernet Sauvignon. A dense, deep purple, it is laden with dark fruit.  The attack is smooth and seamless, cloaking the tongue, leaving behind a trace of tannins, with an inkling of mint and mocha.  It is expensive enough, but it is worth every penny.  It can handle roasted lamb or a sizzling steak with ease.

Boya Sauvignon Blanc 2016, $14.95, from the Chilean Pacific coast earned a 93 from Descorchados, the South American Wine Guide, which refers to it as “pure light, pure freshness, and full-on citrus flavour.”

Mt. Hector Chardonnay 2016, $15.95, from New Zealand’s Hawke’s Bay.  Reviews for this wine consistently refer to ripe peach and stone fruit, a creamy texture, and toasty oak and spice towards the finish.  This should evolve over the next couple of years, but is a good choice right now. 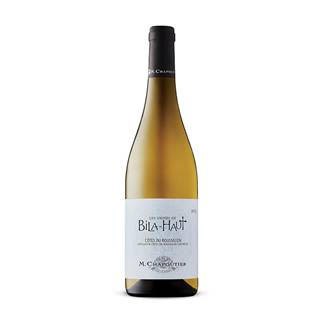 Charles Baker B-Side Riesling 2016, $22.20, from Stratus in Niagara is a response to restaurants looking for a slightly less expensive Riesling from Charles. This one is pretty good, with most of the fruit sourced from the two primary vineyards he uses for his primary wines, Picone and Ivan.  “The fruit is wild and full, the salty grit infiltrating and gripping” says winealign.com -91.

On the regular list shelves, Norton Barrel Select Sauvignon Blanc 2017, $12.95, from Argentina has the classic grapefruit nose and flavour one associates with this grape, but it is balanced and straight-forward.  Admirably crisp there is nevertheless some softness and depth in the mid-palate, and good length at the end. It is a definite bargain, and drinkers would not be making any significant compromise in giving this a try.

Gaudalupe Red 2015, $12.95, from Portugal’s Alentejano region suggest ripe red berry fruit and has a pleasing roundness that will satisfy the palate. It is an easy-drinking and satisfying wine.

Velenosi Brecciarolo Rosso Piceno Superiore 2015, $14.95, brings us a little further south to the Marche region. Vintages calls it “supple, complex and floral, with spice cherry black fruit, plum leather, peppercorn and bramble tones.” They suggest it is approachable and will appeal widely.

Chateau de Paraza Cuvée Speciale Minervois 2013, $17.95 is a French red from the Midi.  “Cherry and raspberry compote notes are backed by red licorice undertones and juicy acidity in this medium-bodied red, with floral and mineral details weaving together on the crisp finish.” – winepsectator.com – 90. 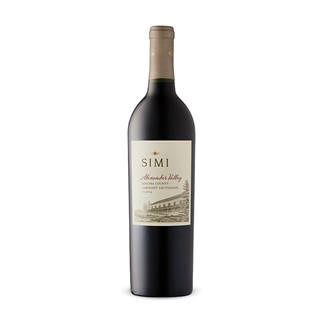 Simi Cabernet Sauvignon 2014, $22.95, is a Vintages “Wine of the Month” from Sonoma’s Alexander Valley.  “Boysenberry and mulberry jam and toast drape the mouth and the continuing parade of expressive fruit become[s] more dramatic and voluptuous.”  The Tasting Panel – 93.

While I wouldn’t go to the same extravagant heights as the Tasting Panel just quoted, I can tell you that the South African Fleur du Cap Cabernet Sauvignon 2014, $12.95, on the regular shelves is delicious. It has a medium body, with noticeable but smooth tannin on the finish, but the flavours are true and definite. Good dark and red fruit carries through all the way, and makes this a bargain and a winner.

Last February, there was quite a demand for the Valentine’s wine tasting at Stokely Creek Lodge, the cross-country resort about 40 kilometers north of Sault Ste. Marie at Goulais River.

This year, you have two opportunities to participate, with a tasting being held on each of Saturday, February 10 and Saturday,February 17. Six wines will be poured at each, accompanied by hors d’oeuvres, and many of the wines will come from the Stratus Vineyards portfolio from Niagara-on-the-Lake.  These include a terrific Prosecco from Sorrelle Bronca, a wine sourced by Cru Merchants, the importing arm of Stratus, as well as the Charles Baker Picone Vineyard Riesling.

Cost for the tastings is $50. Join us for dinner following and the price is $80 for both. Better yet, if you choose to book in for the night, then the price for the tasting is $35, with your dinner and breakfast included in the price of your accommodation.

As the 17th falls in the President’s holiday weekend for the United States, the Lodge is already fully booked for that day, but you can still attend the tasting that evening, depending on space.

For further information, or to book, please contact Stokely Creek Lodge at 705-649-3421, or events@stokelycreek.com