Indigenous communities bracing for climate change with help from Laurentian 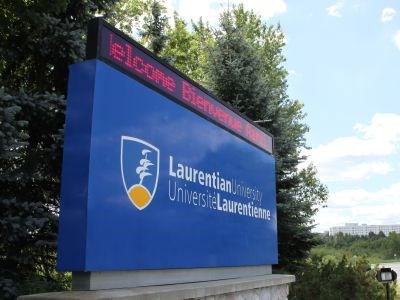 Laurentian University will use an $840,000 investment to build climate change adaptation capacity among Northern Indigenous communities.(File)

Laurentian University will use an $840,000 investment to build climate change adaptation capacity among Northern Indigenous communities.

Indigenous communities, particularly in the North, are having to adapt to unprecedented environmental changes that are increasing in speed and severity, said a news release from Sudbury MP Paul Lefebvre and Nickel Belt MP Marc Serré who made the announcement today.

Through knowledge-sharing workshops and tools, this project will help these communities deal with the impacts of climate change today, while building capacity to prepare and adapt for the future.

The project is co-led by Grand Council Treaty 3 and the Tribal Councils of Mushkegowuk, Matawa,  Nokiiwin, Shibogama, and Keewaytinook Okimakanak. It provides funding for each Tribal Council to recruit a climate specialist who will connect traditional Indigenous knowledge and Western science on matters related to climate change.

The project will also involve community engagement and the sharing of knowledge with First Nations communities across the country.

“This program directly benefits Indigenous communities by helping individuals acquire the skills and  knowledge needed to deal with the increasingly complex impacts of climate change,” said Lefebvre in a news release. “The Government of  Canada will continue to work with Indigenous and Northern communities to ensure they can prepare, adapt and build resilience for years to come.”

The project is funded through Natural Resources Canada’s Building Regional Adaptation Capacity and Expertise (BRACE) Program, a five-year, $18-million initiative under the Adaptation and Climate Resilience pillar of the Pan-Canadian Framework on Clean Growth and Climate Change.

The BRACE  Program works with provinces to support training and knowledge-exchange that increases the ability of  organizations, businesses and communities to adapt and accelerate their climate resilience.

“Laurentian University is proud to collaborate with partners from six Tribal Councils on the BRACE  project,” said Robert Haché, president, Laurentian  University. “We thank the government for supporting the important work being achieved through this  partnership on climate change adaptation in the far North and congratulate Dr. Pearson for his leadership  at Laurentian University. As stated in our Strategic Plan, the North inspires us, and this project will further enhance our relationships through culturally appropriate research that enhances wellness among Indigenous peoples and other northern populations.”

“For many years, community members have noticed and  documented changes to their land and environment, such as altered flood and freeze cycles, health risks such as Lyme Disease, and changes to the availability of traditional foods,” they said in the news release. “This program has allowed  community members to participate in climate change education, share their extensive knowledge of the land, and express their values around protecting Mother Earth with the goal of facilitating meaningful  change.”