The judge also noted that the accused did not seem remorseful
Jan 14, 2020 8:00 AM By: Linda Richardson 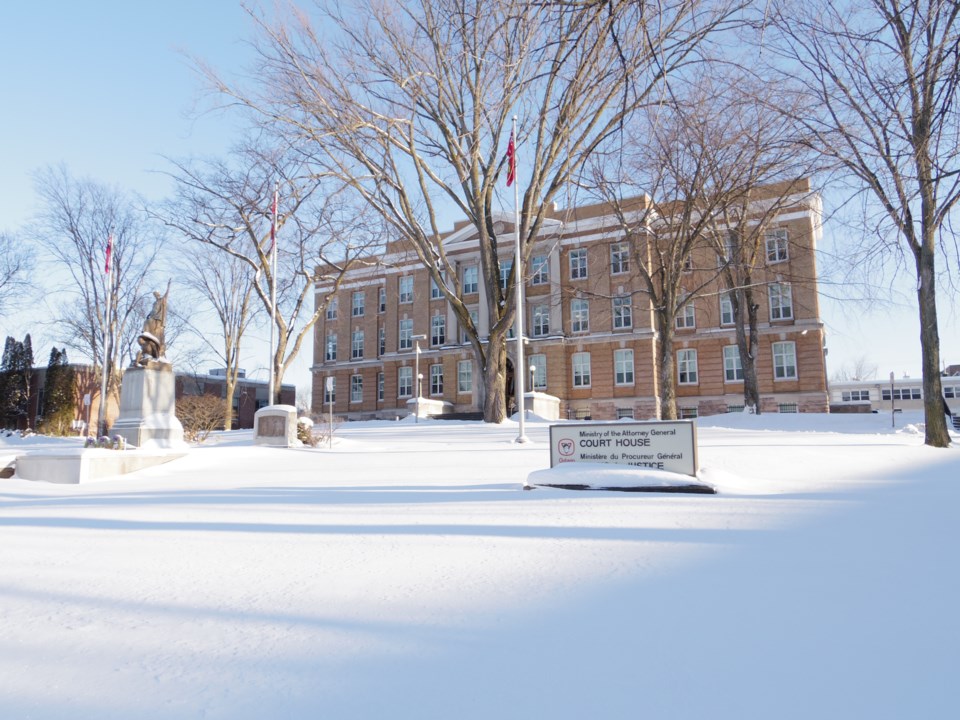 The Sault Ste. Marie Courthouse is pictured in this file photo. Michael Purvis/SooToday
A Toronto area man was sentenced Friday to three years in a federal penitentiary for human smuggling offences that occurred at the International Bridge in April 2017.

The prison term, imposed by a Sault Ste. Marie judge, is the mandatory minimum penalty for such an offence when it is committed for profit.

Ontario Court Justice John Condon found the 32-year-old guilty of two counts under the Immigration and Refugee Protection Act following a seven-day trial that took place in May.

He ruled that Gbamanja conspired with another GTA man to bring the three Nigerian nationals into this country, using Canadian passports issued to other individuals.

Condon also found he aided and abetted in bringing them into Canada in a manner that contravenes the act.

In his sentencing decision Friday, the judge noted Gbamanja expected to receive a monetary benefit or advantage for the transportation of his co-accused and the Nigerian travellers.

He also kept receipts so he could be reimbursed for his expenses.

"Thus, he engaged in this transaction for profit."

During the trial, the court heard the two men rented a vehicle in southern Ontario and drove to Sault Ste. Marie.

Gbamanja travelled to Ann Arbor, Mich. the following day, where he picked up five people, and brought them to the Upper Peninsula.

He paid for a motel room in the Michigan Sault for two of his passengers, who didn't have Canadian passports, and drove across the bridge with the other three.

A Canadian Border Service officer detained him after discovering flags on two of the passports.

When the accused was searched, officers found he had a pocketful of receipts that chronicled the 12-hour return trip he took that day.

When he imposed the sentence, Condon said denunciation and deterrence, both general and specific, are the primary sentencing principles involved in this case.

He cited a number of aggravating factors ⁠— this human smuggling was only for profit and Gbamanja had Canadian passports with him to facilitate the movement of travellers into this country and brought three of the people to the Canadian border.

As well, one of the two women was seven months pregnant, which put her in a vulnerable position, the judge said.

If she had entered Canada it is likely she would have required health care assistance.

"Mr. Gbamanja has not displayed any remorse for his involvement in this illegal undertaking," Condon also noted.

He also pointed to mitigating factors, including Gbamanja's lack of a prior criminal record, positive pre-sentence report and the fact that the compensation the accused would have received was quite small, concluding this undertaking wasn't a large-scale effort.

The pre-sentence report showed Gbamanja came from a difficult living situation in Sierra Leone when he was young and became a refugee as a result of the civil war there.

He eventually made his way to Canada and became a productive and contributing citizen, achieved academic success, has been steadily employed and has a child he supports, the judge said.

Condon ordered that the funds seized during the border service investigation be forfeited to the Crown.