How on earth did this man end up overseeing Algoma Public Health's cash? 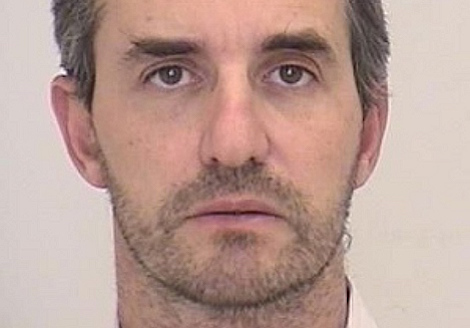 He sat quietly in the spectators’ gallery at the most recent meeting of Sault Ste. Marie City Council.

Shaun Rothberg stood out because he wasn’t smiling when his colleagues were smiling.

It was supposed to be a smiley, good-news kind of day.

Rothberg was introduced as part of a delegation from Canal Village Development Corp., unveiling big plans for the Sault’s Gateway properties.

In an adjoining media room, one reporter quipped that City Council appeared to have been hit that Monday by a pandemic of “infectious enthusiasm” for the project.

By Thursday, that enthusiasm was rather less infectious.

The City of Sault Ste. Marie had advised Canal Village’s lawyer that it now wanted nothing to do with Shaun Rothberg or any corporate entity in which he was involved.

Canal Village principal Paolo Rovazzi quickly provided assurances that neither Rothberg nor Henry Cole (another member of the Canal Village team with whom the city had issues) would be involved in the Gateway deal.

And Algoma Public Health announced that Dr. Kim Barker, its medical officer of health and chief executive officer, had been “shocked” Thursday to receive information about Rothberg that had prompted the health unit’s board to hire an independent audit firm to investigate a six-month period during which Rothberg had served as its interim chief financial officer.

Why all this fuss over a mind-mannered, bespectacled number-cruncher?

Dr. Barker, City Solicitor Nuala Kenny and Ron Hulse, the Toronto consultant who recommended Rothberg to Algoma Public Health, all insist he is actually Shaun Rootenberg, who did time at Beaver Creek Institution in Gravenhurst after pleading guilty to multiple counts of fraud involving more than $2 million.

Rootenberg is shown above in a handout photo from 2009, when Toronto police issued a Canada-wide warrant for his arrest.

“He acknowledged it. He admitted it when he was confronted,” Barker told us.

“You confronted him?” Purvis asked.

So how does a convicted fraudster get hired to oversee Algoma Public Health’s $23 million annual expenditures and $25 million in capital assets?

The short answer, Dr. Barker says, is that Algoma Public Health (APH) didn’t check out Rootenberg’s credentials because he was hired through a third-party consultant, Ron Hulse of Toronto.

“When you retain a third-party consulting firm, you assume that they’re providing you with credible services. KPMG do all of our audits and we certainly don’t ask for all of their accountants to demonstrate their criminal backgrounds or chartered accountants certificates. We assume KPMG has done their due diligence, as we presumed with this one as well,” said Barker.

APH has certainly had difficulty with its financial operations in recent years.

In July, 2013, Jeffrey Holmes departed as chief financial officer and was subsequently charged with breach of trust and theft over $5,000.

When Dr. Barker commenced her duties later that month, she had a mess on her hands.

“In the summer once I started this new job I was short a chief financial officer and reached out to a number of potential headhunters because we were struggling to find the right fit,” she said.

“Certainly it will come as no surprise that these headhunters were incredibly expensive and [we] did not have it in our budget given the predicament we were in. But one of the headhunters, R. Hulse, came back to me and said: ‘Well, we can offer you a deal because we’d like to start initiating business with you.’”

“They sold it as a way of getting their foot in the door, so they suggested Shaun Rothberg. I met with Shaun in Toronto. He seemed very capable and I was very impressed. Spoke about it with the board and so we retained R. Hulse and have found out since that R. Hulse was aware of his background but are of the opinion that he served his time in prison and needed a second chance.”

However, Rothberg/ Rootenberg actually was asked by APH about his background, at least once.

Minutes of an APH board meeting on January 15, 2014 record that “further to a board query, Shaun Rothberg provided a detailed outline of his history, experience and education.”

Here’s how Dr. Barker explains that:

“That was the same board meeting where our new Chief Financial Officer Justin Pino was asked to come and introduce himself. My recollection is in the process of him introducing himself he gave a detailed history of his credentials and then one of the board members said, ‘Shaun, can you tell us about yours too?’ That was it.”

Did he have access to anyone’s medical or personal financial records at APH?

“It’s a good question,” says Barker. “We don’t believe so. We’re quite confident everything is secure and nothing was at risk, but obviously we want to be as diligent as possible with reassuring the staff.”

So KPMG was brought in this week to begin a wide-ranging forensic audit.

“They started [Thursday] and they’ll take as long as they need to do a really thorough job,” Barker said.

If anyone is convinced there was anything wrong with Shaun Rootenberg guarding APH’s cash, it certainly isn’t Ron Hulse, the Toronto consultant who recommended him to Kim Barker.

“I’m fully aware of his past. Fully. And his desire to put it behind him. The work he did [at APH] was outstanding. There were no issues with results delivered and professionalism.”

“He pled guilty, went to jail and served his time and made amends with those he offended.”

“Frankly, because of my trust and belief in him and my belief in rehabilitation, restorative justice and the supervision of his efforts, APH benefited substantially…. Unfortunately there are those in society who are quick to judge.”

“He’s a very committed guy to living a positive, reformed life. I feel for him. I’m crushed by it. It pisses me off that people can’t let the past be the past.”

Hulse works from his home in Toronto.

When he agreed to help APH find a new CFO, he immediately saw that someone was needed on the ground in the Sault.

APH didn’t have much cash to pay for that someone.

“I selected [Rootenberg] because he was on the bench and ready to go. I knew he could do the job in a heartbeat,” Hulse says.

“If I was going to judge him from the past, I wouldn’t have placed him. He is probably one of the most intelligent individuals I’ve ever met. Shaun is so well aware of the cost of getting caught that he would never colour outside the lines again. The next trip isn’t a short trip to Beaver Creek.”

And according to both Hulse and Dr. Barker, Shaun Rootenberg delivered.

“He not only corrected what I believe was a very dire financial situation, but through his efforts at APH, the organization is now on a solid financial footing. Any and all audits will validate his competence and his integrity,” Hulse says.

“He uncovered ongoing vulnerabilities based on the banking relationship that APH had with their financial institutions, and arranged to have them closed out. If he were the serial criminal that people are inferring, why wouldn’t he have taken advantage of that?”

Hulse says Rootenberg did nothing but positive things for APH:

- He negotiated APH out of a ridiculously expensive 99-year lease on its new building.

- He led negotiations with the Canadian Union of Public Employees, avoiding a costly strike.

- He authored the business case that allowed APH to implement Health Link, a new record-sharing model that organizes health care for patients with the highest and most complex needs.

- He mentored and transitioned Justin Pino, the new CFO, into his position.

- He came back to the Sault on his own time to assist with these things.

Hulse says Rootenberg is a father of two boys with significant mental health and physical issues.

“All he’s trying to do is resurrect his professional career to be able to continue to support them…. He shouldn’t have to flip burgers for the rest of life.”

And how is Rootenberg holding up after the events of the past week?

“He’s crushed,” Hulse says. “He’s crushed by the implications of what has happened here, a reminder of the fact he probably will never get past his past.”

According to Hulse, it isn’t himself that Rootenberg is feeling sorry for.

“He’s sorry that his past reputation has cast aspersions on a developer that came into town at his suggestion. What Shaun’s feeling terrible about are the consequences on anybody who trusted him to do a good job.”

What about Rootenberg’s use of an alternative spelling of his name?

And shouldn’t Rootenberg and Hulse have disclosed his checkered past to APH before he assumed a position of trust here?

Hulse said it was Rootenberg’s decision to change his name and to not put his criminal past “front and centre” when seeking outlets for his talents, adding: “It was a conscious decision…. If he doesn’t do it, he’ll continue to have to fight the headlines.”

Hulse said Rootenberg has applied to change his name but concedes the application is still "in process."

Marchy Bruni, chair of the APH board, said he thinks employers need to know when they hire someone like Rootenberg, and he thinks Ron Hulse ought to have disclosed the information.

At the least, Bruni says APH has been embarrassed by this week’s disclosures.

“His past was not disclosed to us. We believe that should have come from the consultant…. The appropriate thing to do was reveal the information.”

Meanwhile, Bruni says KPMG’s forensic auditors have been given a broad mandate to follow the money wherever it leads, as well as other issues including possible privacy breaches.

Rootenberg was only with APH for six months and the audit will take “a week or two at least,” Bruni said.

Bruni said APH will review its hiring policies in light of this situation.

One member of the APH board, Mary Pascuzzi, submitted her resignation Monday morning by email.

Pascuzzi, an assistant Crown attorney, said she was appointed as a city representative to APH's board for the first time in December and had not yet taken part in a formal board meeting.

She said she attended one orientation meeting and then resigned Monday from the board for personal reasons.

Shaun Rothberg/ Rootenberg did not respond to SooToday’s newsroom to be interviewed in time for this article.

- with files from Michael Purvis.

5 Simple Tips to Help Conserve Energy in Your Home

The Ontario Clothing Company is a classic canadian entrepreneurship story