When Sam Biasucci built the Greenbelt Bingo building three years ago, more than $100,000 was spent on a special wall and ventilation technology designed to separate the smoking and nonsmoking sections.
0
Oct 19, 2002 12:54 PM By: David Helwig 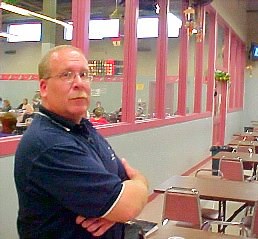 When Sam Biasucci built the Greenbelt Bingo building three years ago, more than $100,000 was spent on a special wall and ventilation technology designed to separate the smoking and nonsmoking sections.

Today, Jim McGinn (shown) of the Greenbelt Charities Association says the facility's back is against the wall because of the 100% Smoke Free motion expected to receive City Council approval on Monday.

"If the bylaw is passed as it stands, we will have to close our doors," McGinn tells SooToday News.

That, McGinn tells us, will put 42 Greenbelt employees out of work. It will also result in the loss of $1 million in revenues to local charities, placing another 30 to 40 non-profit jobs at risk, he says, adding that the City itself will lose something like $160,000 a year in license fees paid out by Greenbelt.

"We support 38 charities. We're bigger than the United Way."

Even though it offers a sealed non-smoking room, Greenbelt finds that 65 to 70 percent of its customers are smokers.

To see the comparison of smoking to nonsmoking players when we visited Greenbelt on Friday afternoon, please click here. The non-smoking section is in the foreground.

Instead of trying to operate under a smoking ban, it would be easier to build another facility outside the City limits, or even to move the operation to a larger centre, McGinn tells SooToday News.

Ontario Campaign for Action on Tobacco

Perley also said that any reduction in bingo revenue in communities with 100 percent Smoke Free policies can be attributed to a general slump in the bingo industry.

However, in a letter to Sault Ste. Marie City Council, the Greenbelt Charities Association disputes that claim.

"We have taken great pains to collect sales figures and results from every other community across the province where a bylaw of some sort has been introduced," the association says.

"Without exception, attendance and sales in the bingo industry have plummeted. Not only have bingo halls reduced sessions, but also in some cases such as Ottawa, Kitchener, Waterloo, Guelph and Cambridge, bingo halls have closed since a bylaw was implemented.

"Average net losses to proceeds ranged from 49 percent to 72 percent. The Greenbelt Bingo Hall would not survive such a drastic decrease in sales," the association's letter says.

Some communities make exceptions for bingo

"Another perception that has been fostered is that all communities across the province are going to a 100 percent smoke free. This again is not true. A number of communities have implemented a bylaw that recognizes the validity of the bingo industry and have granted exemptions. These include Toronto, Barrie, Hamilton, Orillia and Windsor to name a few."

"Contrary to public belief, we do not generate so much money that we can afford to lose a major percentage of our business. The bingo industry is mandated through the AGCO (Alcohol and Gaming Commission of Ontario) that we all have to maintain a minimum profitability standard. A major loss in our clientele base will bring us below that standard."

SooToday intends to defy anyone who tries to stop our readers from blowing smoke in the News Response space on our editorial page. To go there now (Scott Air Pack recommended for neophytes), just click on the 'Editorials' link at the left of this page.