'We are particularly proud to acknowledge and celebrate the outstanding contributions and cultures of Canada’s Indigenous peoples,' said Dr. Ron Common
0
Jun 21, 2018 10:00 PM By: SooToday Staff 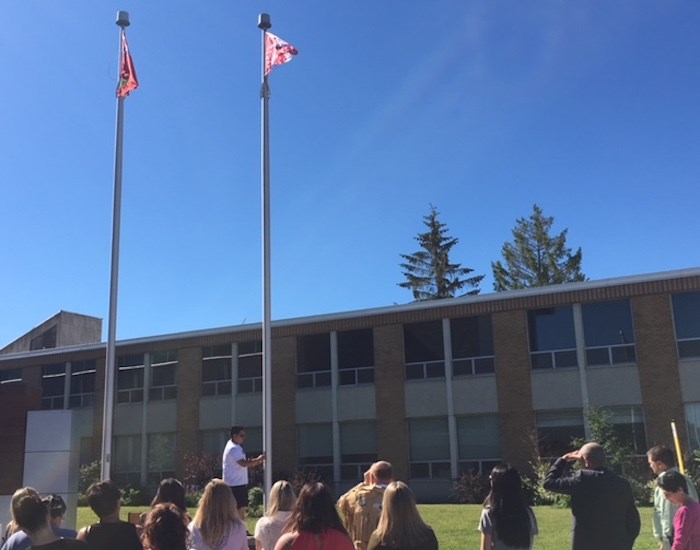 Today’s event is a part of wider celebrations going on across Canada recognizing and celebrating the cultures and contributions of the First Nations, Inuit and Métis peoples of Canada. The day was first celebrated in 1996, after it was proclaimed that year by then Governor General of Canada Roméo LeBlanc.

This day was selected for many reasons including its cultural significance as the summer solstice and it is a day on which many Indigenous groups traditionally celebrate their heritage.

Sault College is proud to foster and encourage an understanding and appreciation of the histories, culture and traditions of Indigenous peoples. The College’s commitment to advancing Indigenous education is prevalent. In recognition of this, Sault College was honoured by Colleges and Institutes Canada (CICan) as the Gold recipient of the Indigenous Education Excellence Award in 2017.

“Our College is strongly committed to creating an environment that encourages openness and inclusivity. Today and every day we will reflect on the outstanding contributions of the First Nations, Inuit and Métis peoples of Canada, and remain committed to reinforcing a culture of inclusion, acceptance and understanding,” he added.

COVID-19: Here's the situation in the Sault today
May 24, 2020 4:38 PM
Comments
We welcome your feedback and encourage you to share your thoughts. We ask that you be respectful of others and their points of view, refrain from personal attacks and stay on topic. To learn about our commenting policies and how we moderate, please read our Community Guidelines.