Fire boat didn't respond to plane crash because nobody asked for it, says fire chief

'There seems to be some view out there that somehow we can just respond wherever we want, whenever we want, however we want, but it doesn’t work that way'
Aug 24, 2016 4:56 PM By: Darren Taylor 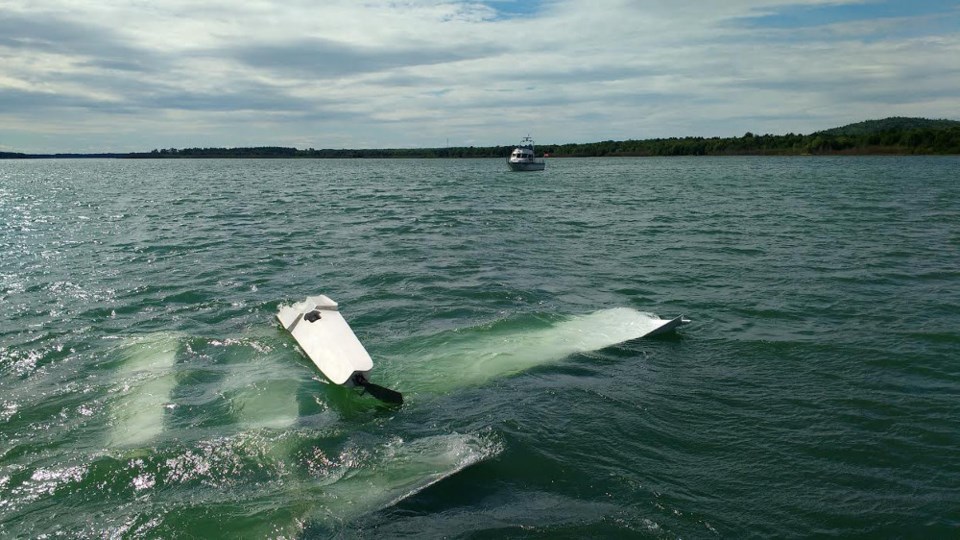 Sault Fire Services was not on scene after a small float plane flipped over on the St. Marys River on Monday, for two reasons, says Fire Chief Mike Figliola.

The incident happened near Bell’s Point Campground, in an area of the river which comes under the jurisdiction of the Garden River First Nation Fire Department, he said.

Secondly, the assistance of Sault Fire Services in the aftermath of the incident was simply not requested by other fire and emergency services, says the chief.

The Sault Ste. Marie Professional Fire Fighters Association has expressed concern that a Sault Fire Services rescue boat was not sent to the scene, pointing to recent staffing level cuts.

“Because it was a water-based incident, it initially goes to the OPP, the RCMP and the Coast Guard,” Figliola told SooToday.

“The original call went to 9-1-1, and because it wasn’t in our jurisdiction, the city of Sault Ste. Marie proper, we weren’t dispatched outside the city, so what happened was it went to Garden River fire rescue, they responded and our EMS medics responded but they were called off because the gentleman (the pilot of the plane) didn’t need any kind of medical care.”

“The OPP, the RCMP, the U.S. Coast Guard attended, and Garden River dealt with it at the scene,” Figliola said.

“What the protocol is that outside the city of Sault Ste. Marie, from Garden River up to Goulais or Prince Township, if they require our assistance then they request it.”

“That’s the protocol, those are the agreements.”

“There seems to be some view out there that somehow we can just respond wherever we want, whenever we want, however we want, but it doesn’t work that way,” Figliola said.

“If there is something (an emergency call) outside the city and we’re requested, then by all means if we have the resources and ability we will attend, but we can’t automatically self-dispatch ourselves to another jurisdiction, that’s just not allowable,” Figliola said.

The fire chief pointed to a July 2015 chemical leak at the arena in Bruce Mines as an example of an incident in which Sault Fire Services helped out upon request from another community (in addition to the fact Sault Fire Services is a regional hazardous materials team).

Figliola said no one called for Sault Fire Services assistance on the St. Marys River Monday.

Figliola said he was aware of the emergency because of Sault EMS.

“They’re basically our eyes and ears . . . they know the protocol, that if Garden River requires our assistance they would let us know and they said no, we’re not required there, so we didn’t go.”

“Because it was outside the city of Sault Ste. Marie we were not dispatched, that’s just standard protocol,” Figliola said.

Meanwhile, a remark the chief made last fall drew criticism from the provincial firefighters union.

On Tuesday, the president of the Ontario Professional Fire Fighters Association disputed that reasoning in an open letter to Saultites.

Through a Freedom of Information request, the association obtained video of an October, 2015 in-camera council session where the plan was discussed and where Figliola made the remarks in question. Video of the exchange was released a little over two months ago.

Figliola's remarks regarding the likelihood of a fire victim being rescued came as he was suggesting more resources be applied to fire education.

“These comments are totally without basis in fact,” said OPFFA President Rob Hyndman. “Properly trained fire service personnel, if adequately staffed and resourced, can, and will, save lives if they arrive on scene quickly.”