The stage is set, rehearsal is done and the crew is currently running through lighting cues at the Essar Centre in preparation for tonight's opening performance of Cirque du Soleil's Quidam . SooToday. 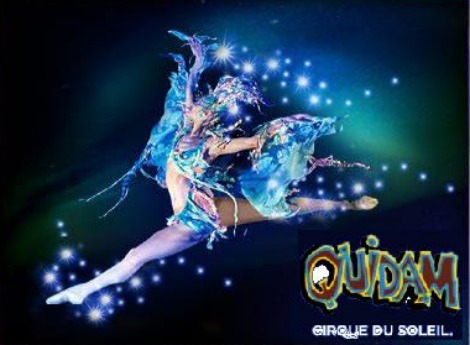 The stage is set, rehearsal is done and the crew is currently running through lighting cues at the Essar Centre in preparation for tonight's opening performance of Cirque du Soleil's Quidam.

The 36-year-old member of the show's rope skipping troupe from Tokyo, Japan has been a part of Cirque for nearly a decade.

Trained as a gymnast prior to picking up a jump rope, Taguchi told us that after two years of skipping and competing in the World Championships in Korea - yes, there's a World Rope Skipping Championships - a friend encouraged him to apply to Cirque du Soleil who was searching for new acts.

He submitted a video tape of his performance and has been with the company since.

Assuming that a performer's life on the road would have it's trials and tribulations, SooToday.com asked Taguchi what the hardest part of touring was for him.

We loved his answer.

"That question is the hardest part of this life," he laughed. "I tour and see new countries, new cities, new cultures and meet new people. None of it is hard."

He did, however, admit to missing his family back in Tokyo during his time on the road.

A small price to pay, we suppose, for holding the honour of being one of Japan's first professional rope skippers.

Of Taguchi's ability as showcased in Quidam, Kimberly Ord of the Hartford Tourism Examiner wrote in September 2011: "Norihisa Taguchi stole the show with his amazing and precise speed while jumping rope."

Sault Ste. Marie is invited to see the astounding talents of Taguchi and the rest of the Cirque du Soleil troupe when Quidam opens at the Essar Centre at 7:30 p.m.

A total of seven performances will take place between now and May 13.

How does the Sault's average car insurance rate compare to other cities in Ontario?

Crack Open a Can