This comes one day after the education minister said the government was considering a prolonged break or starting the new year with a stretch of online learning
Nov 18, 2020 1:23 PM By: Canadian Press 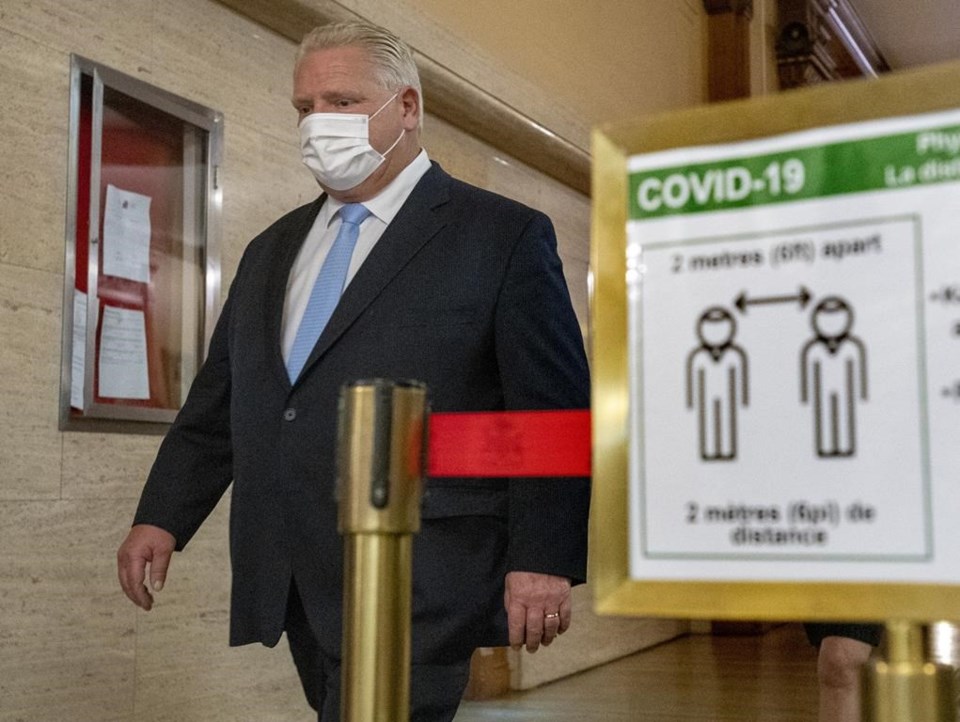 Ontario students won't have a longer winter break after all, with the province saying Wednesday that its COVID-19 protocols for schools are enough to keep kids safe at this time.

A day after saying the government was considering a prolonged break or starting the new year with a stretch of online learning, Education Minister Stephen Lecce announced that an extended holiday break is "not necessary."

"We will continue to consider any option and take decisive action to ensure we deliver on this shared priority of keeping schools open in January and beyond," Lecce said in a statement.

"As we safeguard the progress we’ve made in our schools, we will continue to closely monitor all indicators, trends and numbers to protect the safety of our children, their families and all frontline staff in Ontario’s schools."

Lecce said the government had consulted the province's top doctor and its public health measures table before arriving at the decision.

Some education administrators have called for a delayed return to in-class learning, noting school is slated to start up again only a few days after New Year's Eve and it's likely students and staff will have had increased social contacts over the holidays.

Meanwhile, Ontario reported 1,417 new cases of COVID-19 on Wednesday, and 32 new deaths due to the virus.

Health Minister Christine Elliott said 463 new cases are in Peel Region, 410 cases are in Toronto, and 178 are in York Region.

The province said 26 of the new deaths reported Wednesday are in long-term care homes.

It also said 678 nursing home residents currently have COVID-19, and 100 of the province's 626 long-term care homes are experiencing an outbreak.

Ontario also reported 109 new COVID-19 cases related to schools, including at least 92 among students. Those bring the number of schools with a reported case to 670 out of Ontario's 4,828 publicly funded schools.

This report by The Canadian Press was first published Nov. 18, 2020.