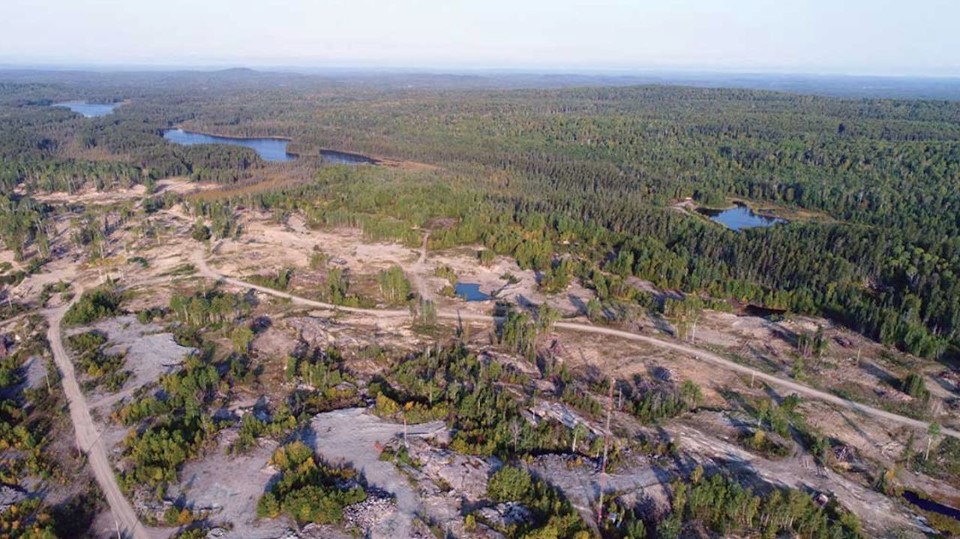 The Toronto mine developer has identified four new high-grade zones below and just west of its proposed open-pit mine outside Dubreuilville.

The company expects to start construction of the US$380-million mine in early 2021 and do the first gold pour sometime in 2023.

Meanwhile, Argonaut has kept up exploration drilling on the 2,200-hectare, located just west of Alamos Gold's Island Gold Mine, chasing high-grade gold extensions of the resource base in and around the planned pit.

For more than two years, Argonaut has been running a 48,000-metre exploration drilling program and has punched 56 diamond drill holes to find a number of gold-bearing structures trending westward on the property.

"It's very encouraging to intersect high-grade gold mineralization in our initial drill holes testing these structures at depth," said exploration vice-president Brian Arkell, "and we've hit some of the highest grades encountered to date.

"Based on the success we have demonstrated in our first drilling at depth at the new Scotland, #42, Sandy and South zones, combined with the Elbow and Central zones, we now have six very exciting high-grade mineralized targets that all warrant further drilling."

Argonaut's Magino property once hosted an underground mine of the same name which was developed after the First World War. The mine project is located 14 kilometres southeast of Dubreuilville.

The company has said Magino has the potential of being a scalable, long-life operation that, at this stage, projects to a 17-year mine life. It will provide employment for 350 when in operation.

"Magino is a past-producing mine and has been a well-known project for decades," said Dougherty in a news release, "yet, we are only now beginning to scratch the surface of the full potential of the exploration upside to this mineralized system.

"The fact that we are now discovering new high-grade zones speaks to the future possibilities at Magino. These results continue to demonstrate the high-grade gold potential at the project."