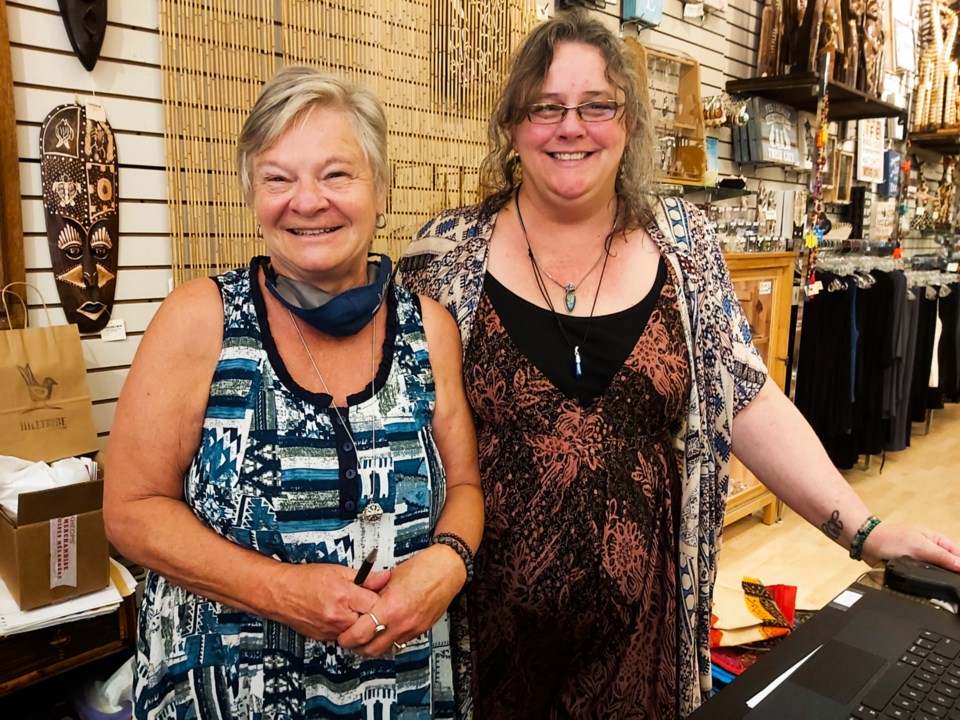 Then, several other Station Mall stores (including, most recently, DavidsTea, Alia and Tanjay), going out of business at the Sault’s Bay Street mall, DavidsTea transitioning to online shopping.

But the local retail scene is not all bad, said Janice Martineau, Hilltribe owner/operator, speaking to SooToday.

“Hilltribe did well during the closure, certainly not selling what we would have sold if we’d been open (during the provincially imposed COVID-19 shutdown), but because of online sales we at least held our own,” Martineau said.

The store, which has ladies' clothing and unique, exotic objects for sale, owned and operated by Martineau and her daughter Lana, has been in business for 22 years, starting out on Queen Street before relocating to Station Mall in 2001.

“Since we reopened (June 12), this July, which we just ended, we did better since last July,” Martineau said, grateful to a group of loyal customers coming in to purchase her shop’s unique merchandise.

“We’ve had a few customers say they have missed us being open,” regular customers eager to purchase light summer clothing and other goods at Hilltribe (which employs five staff members, including Martineau and daughter Lana).

Being an independent business owner is a bonus, Martineau said.“We get to choose what we bring in. We know what (merchandise) our customers want. We have a very loyal customer base. It’s fingers crossed. We’re optimistic,” Martineau said.

The company, which specializes in vitamin and dietary supplements, has declared bankruptcy and will close at least 800 of its 7,300 stores.

“The GNC store in Station Mall in Sault Ste. Marie is on the list of stores that may be wound down through going out of business or other store closure processes related to GNC’s store optimization plan and subsequent Chapter 11 filing,” Labi wrote.

Positive vibes for the future came from Bath & Body Works management, however.

Reports have stated the U.S. retailer is considering closing one of its Canadian stores along with several of its American outlets, but “we’re not the one…(in fact) we’re just getting ready to do a whole new fall floor set,” said Dawn Wise, Station Mall Bath & Body Works assistant manager.

As for greeting card giant Hallmark, “Hallmark stores are not closing across Canada, and in particular in Sault Ste. Marie. Our Station Mall store is very much open for business and welcomes shoppers daily,” stated spokesperson Kareena Kanhai.

A La Senza spokesperson told SooToday “that location (at Station Mall) has been reopened since July 6 (and) we have no plans of closing it as of right now.”

“We do not have plans on closing our Station Mall location,” a Bootlegger customer service spokesperson told us.

A Le Chateau spokesperson stated “the Sault Ste. Marie location is not closing.”

“The market trends are changing and the way people shop has changed fundamentally, largely because of the rise of online shopping. Le Chateau continually strives to achieve the highest level of satisfaction while catering our business to the consumer of today. Consumers are shopping in a different way and as such, we have designed our website with information, entertainment and lifestyle in mind while giving customers a preview of the key collections that are available each season.”