Deal or no deal? (update: no deal) 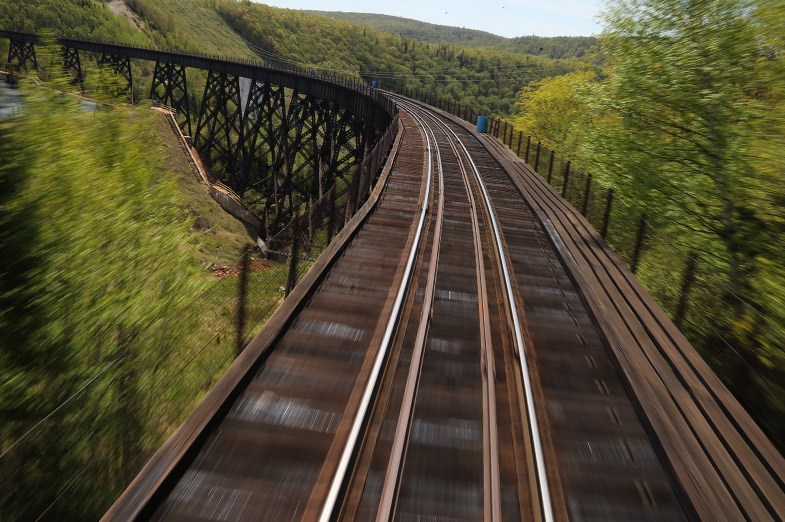 As the company has still not met all reasonable preconditions, the Working Group could not support or recommend Railmark’s offer.

“Before we were prepared to recommend proceeding with Railmark, there were reasonable preconditions that the firm needed to demonstrate, such as having adequate financing. We still have no indication that these preconditions have been satisfactorily met,” said Tom Dodds, interim Chair of the working group. “As a result, we are not able to support the company’s proposal.”

Without a sustainable third-party operator in place, the Sault-to-Hearst passenger rail service is currently not running.

However, funding from the federal government is still available for a viable rail operator to take over the service.

As such, the Working Group, CN and Transport Canada are actively pursuing short and long-term options to resolve this situation.

These recent developments regarding the ACR passenger service have no impact on the Agawa Canyon Tour Train.

CN will continue to operate the attraction daily for the entire season, which is set to end October 12, 2015.

As the region’s No. 1 travel generator, the tour train takes passengers on a one-day wilderness excursion 114 miles north of Sault Ste. Marie.

The city’s mayor insists CN should step in and run the Algoma Central Railway passenger service, even as the ACR Passenger Service Stakeholders Working Group considers a proposal by B. Allen Brown to provide interim service.

He added CN is responsible for the stoppage in service because it chose Railmark to run the passenger service, apparently without the resources to do so.

CN said Tuesday it is not in a position to maintain the service past July 15, 2015.

“CN picked an operator who didn’t have any resources to operate. And then CN insisted on continuing with that operator week after week when that operator was unable to satisfy the preconditions that were set out at the very beginning of the process. And not by the city,” Provenzano said.

“In the meantime it is only reasonable that CN operate it because CN has the ability to operate it. Railmark hasn’t shown any ability to run it,” said Provenzano.

Yesterday, Brown, Railmark Holdings Inc.’s CEO, presented a proposal to Tom Dodds, CEO of the Sault Ste. Marie Economic Development Corporation, asking that the Wixom, Michigan-based company be allowed to run the service on an interim basis, with an option to run it indefinitely should a new third-party operator not be found.

Dodds said the working group held a teleconference today discussing Brown’s proposal but has not yet made an official decision.

“I think where the real interest lies is looking forward and getting some fresher options on the table,” said Dodds.

Provenzano took exception to CN’s statement yesterday that Railmark ceased operation "because of the inability of the train’s current operator, Railmark Canada Ltd., to obtain financing sufficient to meet the City of Sault Ste. Marie’s requirements."

“When I read this release, I felt like CN was trying to position the city as responsible for the train stopping. I think that was a very unfortunate representation on CN’s part, I don’t think it’s a fair representation,” said Provenzano.

Today, CN issued the same statement in answer to SooToday questions and reaffirmed it is not interested in running the service on an interim or permanent basis.

“We didn’t pick that party (Railmark), CN did, and that party didn’t live up to things it was supposed to live up to to enter into he contract,” Provenzano added.

Provenzano said the city has contributed significant time and funds into managing the federal subsidy and sees no reason why the city should continue in this role.

Dodds said it is disappointing to him that the service has stopped, at least in the short term.

“Can we get a train on the track and get it up the line to service these people and maybe get it back in a reasonable timeframe? That’s nowhere near where we thought we would be when we had this proposal that we responsibly presented to Transport Canada,” said Dodds.

Earlier SooToday coverage of this story:

CN says no to interim service

(PHOTO: View of the Agawa Canyon trestle as seen from the ACR train May 31, 2014 during its 100th anniversary voyage from Sault Ste. Marie, Ont. to Hearst. SooToday.com/Kenneth Armstrong)