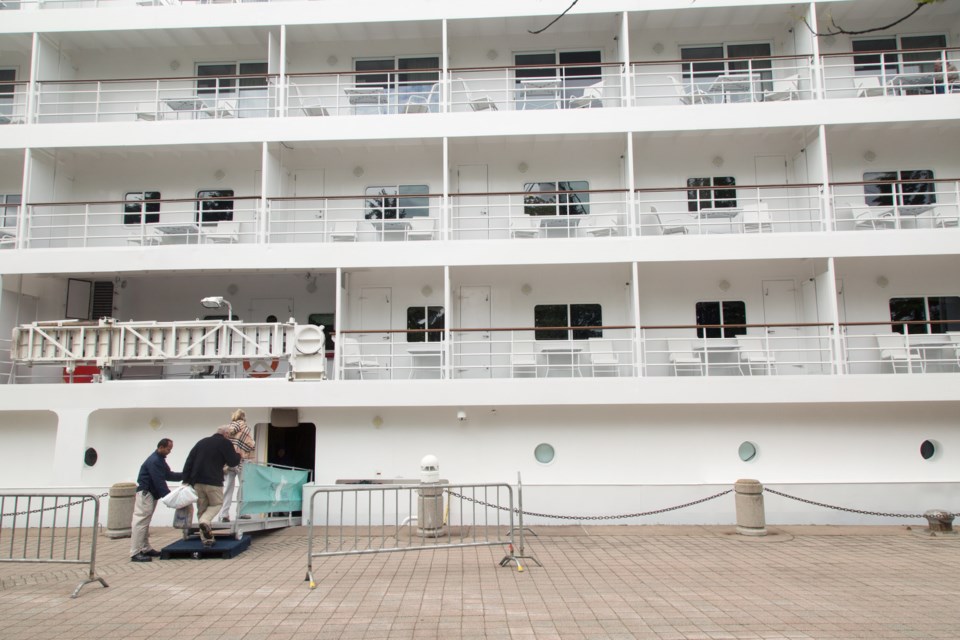 On the heels of record years in 2016 and 2017, next year's cruise ship season in Sault Ste. Marie is expected to blow all previous records out of the water.

A newly refurbished cruise ship, the M/V Victory II, will join the other three ships that made a total of 26 visits here this year, Kathy Fisher, curator at Ermatinger-Clergue National Historic Site, announced at today's meeting of the local historic sites board.

Before that, 2016's 20 cruise ship visits was declared an all-time record.

The other cruise ships that visited this year were Pearl Mist and MS Hamburg (previously known as Columbus.)

The increased number of cruise ships visiting us is attributable to current high water levels and aggressive marketing by Tourism Sault Ste. Marie through the Great Lakes Cruising Coalition.

"We haven't totally finalized the complete number of visits, but based on the fact that we will now have four ships coming here instead of three, we anticipate that we will have another high-water mark for visitation by cruise ships," Ian McMillan, executive director of Tourism Sault Ste. Marie, told SooToday.

"Because they're only here for a part-day, it really has a greater impact on the community because they don't have time to go on the tour train. They spend their time going to the Bushplane Museum or the Ermatinger site or up onto Queen St. or the mall. So the impact downtown is greater," McMillan said.

Fisher told the historic sites board today that large numbers of travel writers have been visiting the Sault this year on familiarization tours organized by Tourism Sault Ste. Marie and she expects our city will be featured in newspaper and magazine articles around the world.