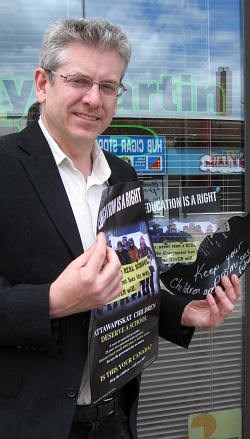 The decision allows Bell and other giant Internet service providers (ISPs) to throttle the internet traffic of competitors or end users if they see fit.

This interference will be bad news for small third-party competitors and leaves consumers subject to digital snooping and interference from cable giants.

Angus said the CRTC has once again failed to stand up for the public interest.

“Basically the CRTC has left the wolves in charge of the henhouse. ISP giants have been given the green light to shape traffic on the internet in favour of their corporate interests,” he said. “This decision is a huge blow to the future competitiveness of the internet.”

Angus says that the premise of today’s decision - that notification from the ISP will allow customers to make an informed decision on where to buy internet service - misses the harsh reality that the market for internet service in Canada is not nearly competitive enough to work.

“Canada has fallen to the back of the pack in internet service provision and pricing after leading the way for years. This is the direct result of a small band of ISP giants blocking out competition,” Angus said. “This decision clears the way for ISPs to squeeze out third-party players who are attempting to provide better price and service options."

South of the border, the FCC has taken clear steps toward the establishment of internet neutrality on U.S. networks.

Angus said that principle of net neutrality should be at the centre of internet policy in Canada, and that the CRTC has missed a golden opportunity with yesterday’s decision.

“The principle of net neutrality must be a cornerstone of the innovation agenda. The CRTC has once again acted as the rubber stamp for large ISP and cable players to dominate the market and decide which traffic goes in the fast lane and which traffic gets stuck in the slow lane. This decision continues a long and dismal tradition of Canada’s communication policy decisions chipping away at the public interest to the benefit of a few corporate giants."