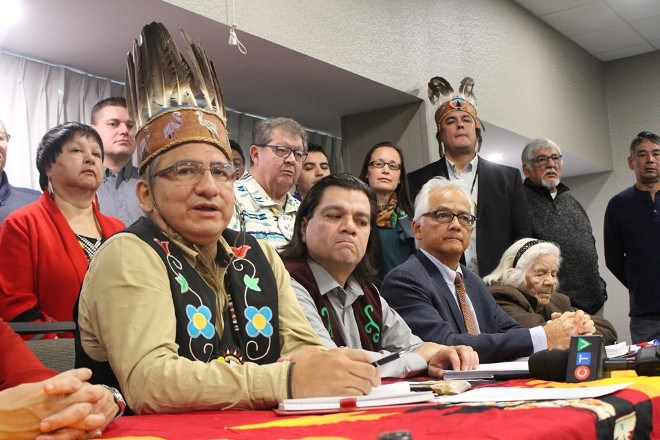 Justice Patricia Hennessey has ruled in favour of Robinson Huron Treaty beneficiaries in the second phase of a lawsuit launched by 21 First Nations against the federal and provincial governments over treaty annuity payments.

Hennessy ruled in December 2018 during phase one of the hearings that both Canada and Ontario had failed to live up to its obligations to increase annuity payments over time as mineral and forestry resources were being developed.

"This century-old dispute between the federal and provincial Crowns is one of the reasons why no increase has been made to the annuities for over 150 years," said Hennessy in the phase two decision. "This delay has had enormous negative consequences for the plaintiffs, not the least of which is the cost and complications of litigating this dispute based on two centuries of evidence. It is the stage on which this dispute plays out."

The Ontario goverment has appealed the phase one decision, while the federal government decided not to appeal.

"The case will continue on to phase three to deal with the issue of compensation," reads a press release issued by the Robinson Huron Treaty Trust Fund. "The case will also be heard in the Ontario Court of Appeal based on Ontario’s appeal of the phase one decision. The federal government did not join in the appeal."

"The Lake Huron leadership is again requesting the Government of Ontario to abandon their appeal, and for Prime Minister Trudeau and Premier Ford to do the honourable thing and start good faith negotiations, and not use covid-19 as an excuse to continue to do nothing."