November precipitation amounts were below average for all lakes but despite drier conditions, the outflow from Lake Michigan-Huron was the second highest November outflow on record
Jan 16, 2021 9:00 AM By: Lori Thompson 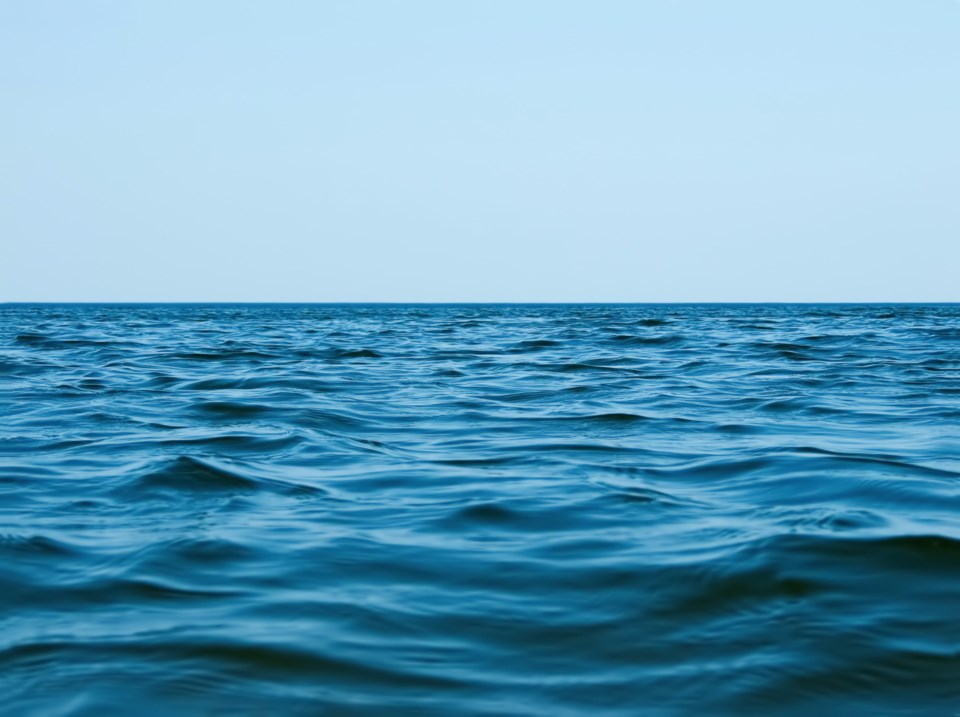 Aside from Lake Ontario, the rest of the Great Lakes remain well above average and are expected to remain high through the early winter. Both Lakes Michigan-Huron and Erie began December at their fourth highest levels since 1918, the start of the record-keeping period.

November precipitation amounts were below average for all lakes but despite drier conditions, the outflow from Lake Michigan-Huron was the second highest November outflow on record. Environment and Climate Change Canada (ECCC) forecasts that Lake Michigan-Huron will stay below record levels but will remain well above average for the next six months and could approach record levels in early 2021 if wet conditions prevail.

With high water levels, any storms and strong winds will increase the risk for accelerated shoreline erosion and flooding in low-lying areas. Winds today are almost 20 percent faster than they were in the 1980s, said David Sweetnam, executive director of Georgian Bay Forever.

“Out on the water, First Nations people have talked about this, about safety on their small fishing vessels,” he said. “It’s too windy on the bay now for guys to be out there safely fishing. I have a boat and I’m out on the water all the time and I know from my own experience over the last 30 or 40 years on the water, you can just feel there’s a lot more energy out there.”

People need to pay attention to the scientists who are waving the red warning flags and be aware of the changes that are coming, Mr. Sweetnam said. They can take action by creating a more resilient property and plan that actually will protect their family.

“If they just stick their head in the ground and don’t listen to the science people then they’ll be asking why their dock washed away for the third time in three years, or why did my building get blown over or why did that tree land on my roof? Those are things that people are going to have to start taking seriously so they can stay safe.”

“The overall change in water levels over the five year period from 2015 until now is about six feet,” he said. “We can easily get used to that as long as we’re aware that it’s going to happen more often and that’s something that people just need to expect.”

There are actually seven different ocean systems that impact us in the Great Lakes: El Nino, La Nina and all the Pacific oscillations that occur.

“The North Atlantic oscillation, the deep water currents that occur, the Arctic system and the Gulf systems, all of those are affecting the microclimate and the way that the jet stream is going to fluctuate and curve around the Great Lakes,” he said. “We’re kind of right on the margins. Sometimes the jet stream is north of us and sometimes the jet stream is south of us so as it gets wavier and more unstable we’re just going to continuously see more unstable weather systems. People say, I’ve been on the Bay for 70 or 80 years and I’ve seen water levels go up and down. They have, but they’ve never had 18 percent faster wind speeds to push them to shore.”

“You can’t go back in time and use anything in history as relevant to what’s even coming in the next 40 or 50 years,” he added. “We’re just going to see that increasing. We’re just at the beginning of this.”

Dr. Andrew Gronewold with the School for Environment and Sustainability at the University of Michigan thinks it is important to look back at the historical water level record even though water levels might be changing in different ways in the future as precipitation and evaporation become more volatile.

“We are so fortunate in the Great Lakes that we have over 100 years of direct water level records on the lakes. There are very few systems that have that long of a record over such a vast domain and there’s so much to learn from that historical record. In fact, part of why we understand water levels go up and down is because we have that record and we can tease out how much of that change is precipitation, how much is evaporation. We may not be able to use historical water levels to forecast in the future but it’s certainly an important historical record that we should always look back to as a benchmark.”

“Climate is the primary driver of water level fluctuations and the way that precipitation is carried into the region and the changes in temperature of the air masses that surround the region are all part of the climate,” said Dr. Gronewold. “Any change in the climate system is going to have some impact in the relationship between precipitation, runoff, evaporation and ultimately on water level. At this point in our evolution it’s impossible to differentiate anything we see in our aquatic environment from climate change.”

Temperatures around the globe are rising and the climate is changing. One way to explain water levels on the Great Lakes is to look at the water level data itself and at past water level patterns. In a paper that is currently in the peer review stage, Dr. Gronewold and his team found that water levels had never risen as quickly across the Great Lakes as they had in the period directly after the record lows of 2013.

“You can look back at the historical records and look at how quickly water levels rose and never before had they rose as quickly on Lake Superior, Lake Huron and Lake Michigan,” he said. “But then the next thing is why did water levels rise so quickly?”

Here’s where the story gets more interesting, he said. “The past ten years were the wettest on record for the region and the water level rise was a consequence of exacerbated precipitation across the region, extraordinary amounts of water coming into the system and a decrease in evaporation triggered in part by the 2014 Arctic polar vortex deformation.

These competing forces on the Great Lakes of precipitation and evaporation are changing in ways we haven’t seen before especially with regards to the abundance of precipitation. If you look around the globe it’s a chronic problem in all parts of the world where in some areas they’re dealing with water scarcity and in some areas, water abundance. They’re linked to the way changes in the atmosphere are holding and transporting moisture.”

“Right now on the marine coast the biggest problem related to climate change is water level rise. All the forces are pushing water up on most of the marine coasts but particularly in North America. In the Great Lakes region, we have these two forces that are acting on water levels that actually have opposite effects on water levels. One is precipitation and it is expected as we move forward into the future, precipitation is going to continue to be more abundant in response to climate change. But we also have an indication as we move forward that the lakes are likely to warm and evaporation off the lakes is going to increase.”

The short answer, said Dr. Gronewold, is that “when we run various models and statistical simulations that look at different relationships between precipitation going up over a certain period or evaporation going up over a certain period, there is no significant signal whether water levels might chronically be higher or chronically lower in the future. Some models say they might be higher, some lower, but there’s no clear signal of where long-term average water levels might go in the future.”