'If this method becomes the preferred standard, it will be specified on city contracts' - Don Elliott, director of engineering, City of Sault Ste. Marie
0
Jan 26, 2019 2:00 PM By: David Helwig 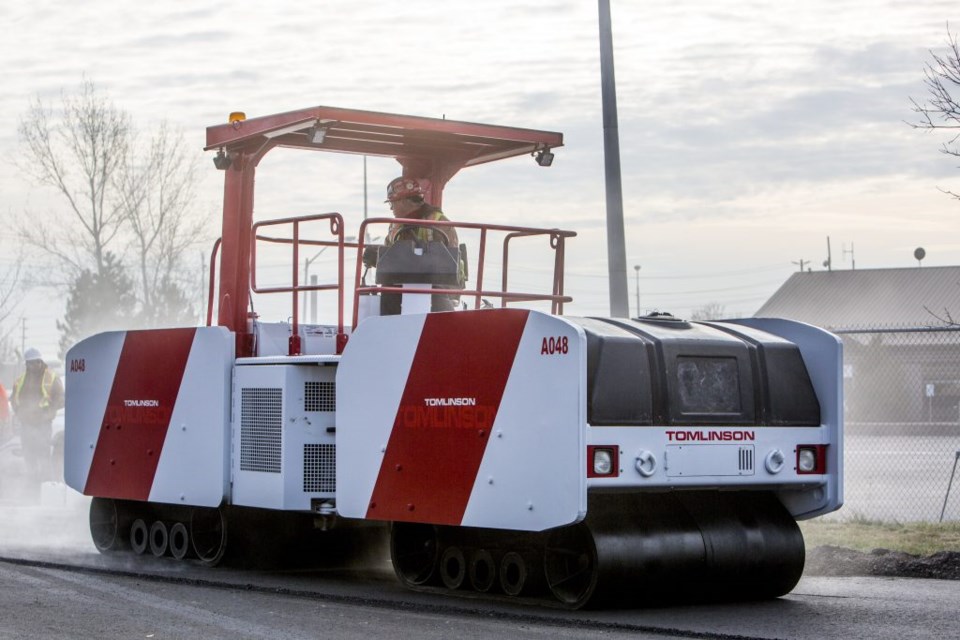 Prof. Abd El Halim of Carleton University has re-invented the steamroller after watching his wife roll out cracks in pizza dough

City officials have their eyes on an asphalt-compacting technology that could eliminate small cracks that lead to potholes.

But the Ontario Ministry of Transportation (MTO) has been recently studying the idea and last June, Ward 3 Coun. Matthew Shoemaker and then-Ward 1 Coun. Steve Butland asked the city to look into it.

Since the asphalt paving steamroller was invented in 1860, the basic design using two heavy metal drum-rollers has changed little.

"The freeze-thaw action of the water and repetitive traffic loading on the water-filled cracks can become potholes," says Don Elliott, the city's director of engineering.

He's persuaded Ottawa-based transportation infrastructure firm R.W. Tomlinson Ltd. to build an advanced prototype of the machine and the Ministry of Transportation has authorized demonstrations.

The following points are from a report by Elliott to Mayor Provenzano and city councillors:

Elliott has promised to keep in touch with MTO officials about the AMIR technology.

"If this method becomes the preferred standard, it will be specified on city contracts," he says.

Prof. Amir can be seen discussing his invention below, in a 2018 CBC interview.

The experimental paving technology is on the agenda for Monday's meeting of City Council.