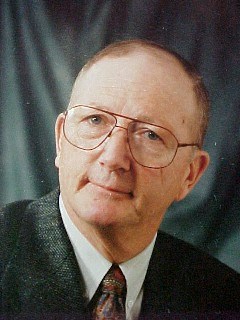 Charlie Swift, considered by many to have been the 'conscience' of City Hall for more than 20 years, has died.

Swift, known for his strong principles, his broad-brimmed hats, and his often-humorous letters to the Sault Star, died Thursday night after a heart attack.

Swift was first elected to City Council in 1979 and served continuously until he decided not to run in the last municipal election in the fall of 2000.

No funeral service is planned, but an informal celebration of Charlie's life will take place this Sunday, between 2 and 4 p.m. at the Arthur Funeral Home, 492 Wellington Street East.

"Charlie was a personal friend as well as a member of Council," former Mayor Don Macgregor told SooToday News this afternoon.

"The reaction was shock. It was so sudden," Macgregor said.

"He was a very honest individual. He took a position and he was prepared to stand behind that position.

"He was probably one of the better prepared members of Council. Charlie always knew his subject ... you could always count on him to be knowledgeable and fair in the matters that came before him.

"He couldn't have done a better job representing Ward 1."

"At City Council he often referred to himself as a simple grubby millhand," says former Queenstown manager and councillor Udo Rauk.

"Charlie Swift was anything but simple and certainly not grubby," Rauk recalls.

"He was a consummate, witty, gentleman with absolute, unquestionable integrity.

"He was a rare politician with principles and total committment to the welfare of his family, the community and his constituents.

The following is the full text of the announcement issued this afternoon by the funeral home:

SWIFT, Charles Ross – With deep sadness we announce the very sudden death of Charlie Swift in his 67th year at the Sault Area Hospitals on Thursday, July 25, 2002.

He was a dedicated Grampa and #1 fan of Matthew, Stefanie, Katherine, Samantha & Riley … they will truly miss him.

Predeceased by his parents Alfred James and Laura, his sister Eileen and brother Lorne.

Also survived by many nieces and nephews.

Charlie was a sincere, honest man and will be missed by many.

At the request of Charlie, he will be cremated and an informal celebration of his life will take place at the Arthur Funeral Home & Cremation Centre from 2-4 p.m. on Sunday, July 28, 2002.

Memorial contributions to the Ontario Heart & Stroke Foundation, Diabetes Association or a charity of your choice would be appreciated by the family.