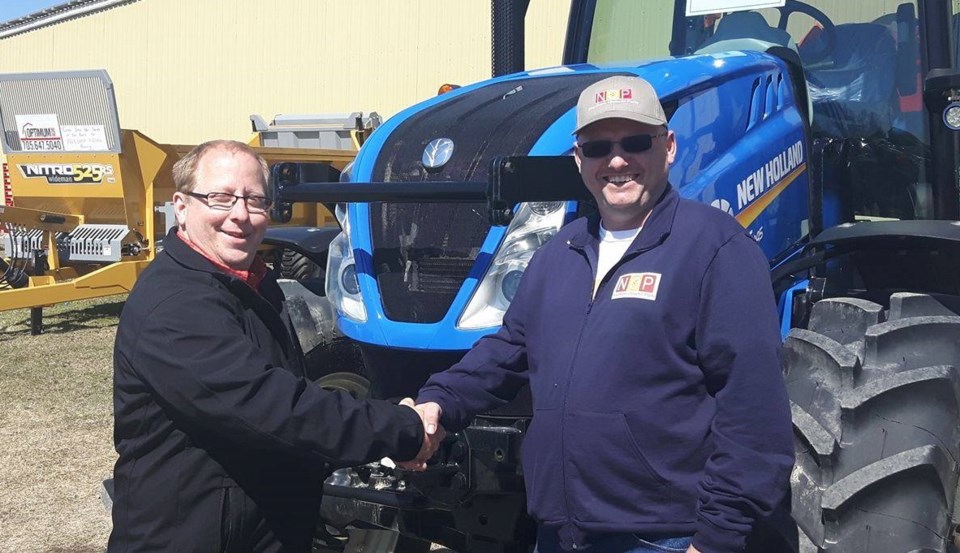 Shawn Poirier (right) is the new interim leader of the Northern Ontario Party, seen in this file photo with Trevor Holliday.

In the 4 years we have accomplished a lot. We were able to rebirth then rebrand the party and to change the momentum of the party from one who was for “separation” to a party that was for “Being a voice for the North” and bringing more attention and emphasis to Northern Ontario and the trials and tribulations we have to endure.

I have made some close friends and some great supporters with whom what we have done together would never have been done. We have all made personal sacrifices but those that remain and will continue to push forward are doing so NOT for personal gain but for a better and stronger future for Northern Ontario first. We have had ups and downs but those who don’t have their own agenda have remained very active as I have and will continue to do.

We managed to get 20-plus issues and concerns brought to light with some changes made under the previous government and the Northern Ontario Party is not done yet.

Shawn Poirier (Current Deputy Leader and Executive Vice President) will become Interim Party Leader until the Leadership Election takes place sometime after the general meeting. Shawn Poirier is fluent in both English and French and a very proud and Strong Northern Ontario Party Member. I will work with Shawn from now until then and beyond to ensure a smooth and yet effective transition.

With all that said I would like to reiterate that I am not leaving the Northern Ontario Party and still participate and help where needed and still be fighting hard for Northern Ontario. If wanted or needed I will continue to do roles needed to ensure the longevity of the party. The last board conference it was decided and voted upon for me to remain as Director, advisor and interim vice president.

All these changes are positive moves and was decisions that were weighed first by myself and my family and friends and then discussions with some supporters and advisors.

The end goal is to ensure we continue to achieve more growth and milestones in the 2022 election as we did when I was Leader in and through the 2018 election. Including most candidates ever to run in the party, most votes for the NOP in all ridings we ran in and so many more.

Thank you for your ongoing support and let’s make 2022 the year NOP has seats in Queens park to finally have voice for Northern Ontario that is not muffled or silenced by Toronto based Parties or agendas.