Carol had front row seats to the rumble in the House

'Some people are trying to minimize this, for me it’s not something that can be minimized'
May 19, 2016 6:51 PM By: Kenneth Armstrong 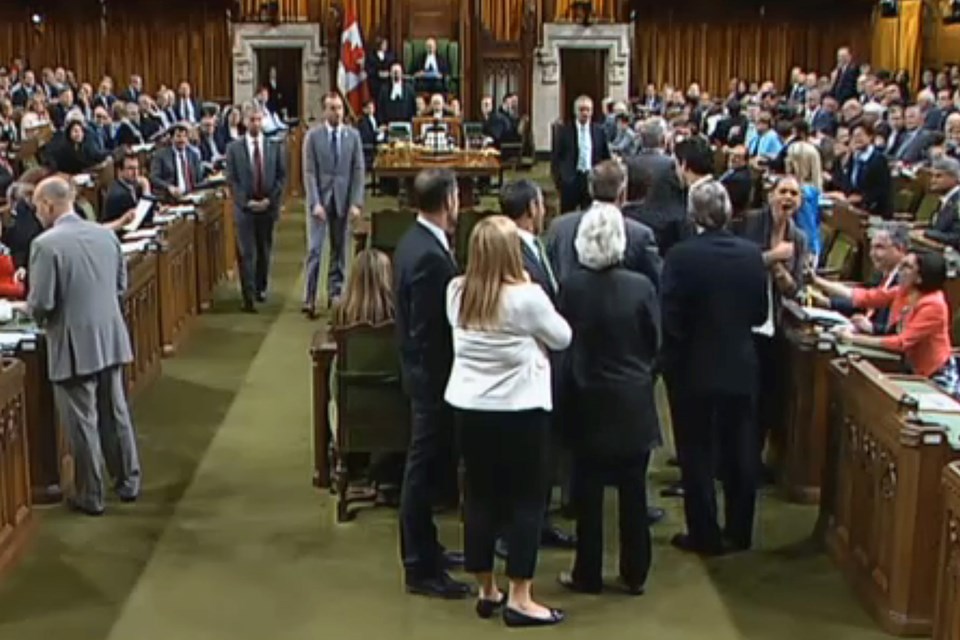 In her eight years as a parliamentarian, MP Carol Hughes says she has never seen a sight as disturbing and shocking as what played out in the House of Commons yesterday.

“To see the Prime Minister run across the house of commons floor and tug at people to try and put them in their seat, and that the same time, pushing other people around,” said Hughes by phone today.

In footage shown countless times in the past 24 hours, Prime Minister Justin Trudeau appeared to grab Conservative whip Gord Brown by the arm in an attempt to force him back to his seat and in the process, seemed to have elbowed NDP MP Ruth Ellen Brosseau in the chest.

Shortly afterward, Trudeau apologized to both members in the House of Commons.

House Speaker Geoff Regan noted it is not appropriate to ‘manhandle’ other members.

Hughes, who represents the riding of Algoma—Manitoulin— Kapuskasing, said she had a front row seat for the incident.

“Some people are trying to minimize this, for me it’s not something that can be minimized. The intent was there to move somebody out of the way and get them to their seat, that’s not his job,” said Hughes.

Most disturbing to Hughes was that Brosseau left due to her injury, which she contends violated the member’s privileges.

Even prior to the physical confrontation, Hughes said she and other members of the opposition parties were disturbed by the the tabling of ‘Motion 6’, which she said was the government’s attempt to stifle debate.

“We have never seen this in the history of Canadian government, basically not compromising with other parties, to not take suggestions from other parties,” said Hughes.

During today’s session of parliament, the Liberal government withdrew Motion 6 in what Hughes takes as a show of goodwill in light of yesterday’s altercation.

“I am certainly happy to see that happen. It’s unfortunate it took an incident like yesterday to have their motion withdrawn,” said Hughes.

The matter of privilege involving Brosseau’s member rights has been referred to the Commons procedure and House affairs committee.