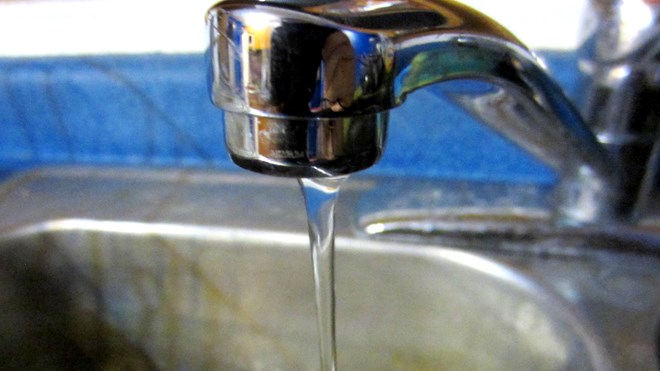 In June, eight U.S. governors agreed to allow millions of gallons to be drawn daily from Lake Michigan to meet the needs of Waukesha, which has a fast-depleting aquifer containing unacceptable levels of cancer-causing radium.

Sault Ste. Marie Mayor Christian Provenzano will write to the International Joint Commission, opposing a recent decision by eight state governors to let the City of Waukesha, Wisconsin divert as much as 8.2 million gallons of water a day from Lake Michigan.

The issue was raised by Ward 1 Councillor Steve Butland, who pointed out that worldwide, one billion people currently don't have access to potable water and the problem is being exacerbated by climate change.

In June, the eight U.S. governors agreed to allow millions of gallons to be drawn daily from Lake Michigan to meet the needs of Waukesha, which has a fast-depleting aquifer containing unacceptable levels of cancer-causing radium.

Waukesha is 27 kilometres from Lake Michigan, so it's considered outside the Great Lakes basin.

Dozens of municipalities on both sides of the international border are concerned that making an exception for the Wisconsin city sets a dangerous precedent.

"This is very close to home. I think we should join them," Butland said.

Nestlé is applying for a 10-year extension of its water-taking permit in Aberfoyle, which allows it to draw up to 3.6 million litres a day.

"Do you know what they're charged for that?" Butland asked.

"$3.71 per million gallons. So they sell it back to us.... How many of these litre bottles of water can you sell? The profit is astronomical."

In his jeremiad against bottled water, the Ward 1 councillor pointed out that the name of one major bottler, Evian, is 'naive' spelled backward.

He then held up a litre bottle of Fiji water, for which he paid $2.75.

"This is water that is purified by the winds over the volcanic rock in Fiji. This water is never touched by human hands. There's 400 people working at the Fiji plant in Fiji. The irony of all of this is, they have major typhoid issues in Fiji because people don't have access to potable water," the councillor said.

The bottled water issue also arose at a weekend gathering on North St. Mary's Island about the 1850 Robinson-Huron and Robinson-Superior treaties.

The elders said they are deeply concerned about Nestlé's conduct and don't wish bottled water to be served at future events.