Boniferro ready for change in 2005

The coming year will see some of the most significant changes to the forestry industry in decades, says Bill Thornton, director of industry relations for the Ministry of Natural Resources.
Feb 16, 2005 7:40 AM By: Carol Martin 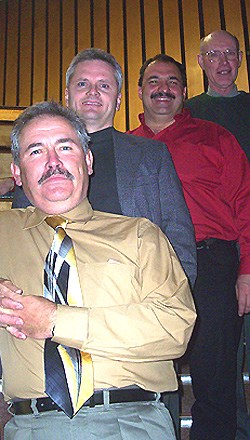 The coming year will see some of the most significant changes to the forestry industry in decades, says Bill Thornton, director of industry relations for the Ministry of Natural Resources.

"You have to look back a long way to see a year that is going to be as profound in terms of change in the forest industry, particularly in the primary manufacturing side of it, as 2005 will be," Thornton told last night's Canadian Institute of Forestry forum at Sault College.

More small sawmills and other wood product manufacturing facilities will close and a few bigger ones will open, he said.

Thornton was among four panelists discussing the challenges facing forestry in Canada with local and area concerned groups.

He also said that the smaller operations that survive will be diversifying the products they make and selling with an eye toward niche markets.

One example he used of this strategy is Boniferro Mill Works Bird's Eye Maple products as found at mapleandbirch.com.

Our photo above shows Groves, Thorton, Boniferro and Miller.

Boniferro highlighted the Bird's Eye Maple part of its operations as an example of a value-added, rather than a cost-added product.

Boniferro also said that his 49-employee operation stays competitive with larger companies by working efficiently at every stage of the process.

"We produce as much on one shift as past operators did on two shifts," he said.

Boniferro said the efficiency brought from new technology, the addition of additional production lines and partnerships with other local companies makes his company competitive.

"From the time we harvest that tree and it hits the ground there is not one bit of that tree that ever sits in inventory or is wasted."

Parts of the hardwood trees not used by Boniferro Mill Works are used by either G.P. Flakeboard or to St. Mary's paper, he said.