Arena to fly a new banner starting this week

In the coming weeks, residents can expect to see new signage and branding throughout the interior and exterior of the former Essar Centre
Aug 1, 2018 12:55 PM By: SooToday Staff 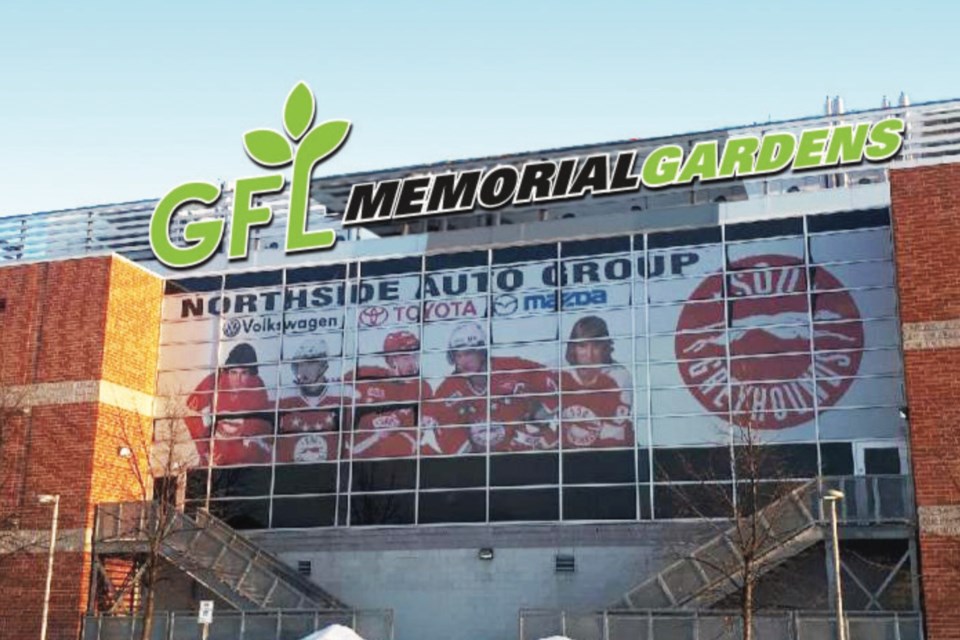 NEWS RELEASE
THE CITY OF SAULT STE. MARIE
*************************
Beginning today, naming rights for the city’s event centre, known as the ‘Essar Centre’ will undergo its transformation into ‘GFL Memorial Gardens.' At its May 28, 2018 meeting, Council approved the recommendation from city staff that will see the naming rights of the City’s premier sports and entertainment facility awarded to Green for Life Environmental Inc.

“Changes will begin today as part of a phased rollout over the coming weeks,” said Brent Lamming, director, Community Services. “Having naming rights means more than a traditional corporate sponsorship. Naming rights provide a valuable opportunity to create a positive association with the City of Sault Ste. Marie through marketing, advertising, hospitality, web site and promotional materials. GFL will have the opportunity to gain local, provincial and national exposure and we are excited to begin this process with our new partners.”

Considered Northern Ontario’s premier centre for sports and entertainment, the city began accepting proposals earlier this year from interested parties to secure a corporate sponsor for naming rights. The terms of the agreement for the successful proponent outline that GFL will pay the city $75,000 a year for 10 years in exchange for naming rights. Year one of this agreement has already been paid. In addition, GFL will grant the centre a 50 percent discount on all waste and recycling containers creating a cost savings for the City.

“For GFL, this is about a sustained community investment and a long-term, continued relationship with the municipality. GFL has deep roots in Sault Ste. Marie, and we are excited to demonstrate our commitment to our local community like we have done since 2012,” said Chris Dovigi of GFL Environmental Inc.

In the coming weeks, residents can expect to see new signage and branding throughout the interior and exterior of the building including an illuminated sign erected at the front entrance, GFL name and logo featured at Centre Ice, GFL name on Soo Greyhound publications and tickets, rink board advertisements featuring GFL and luxury suite branding.

A formal unveiling ceremony lead by GFL will take place at a later date.