Are U.S.-style politics surfacing in the Sault's mayoral race? 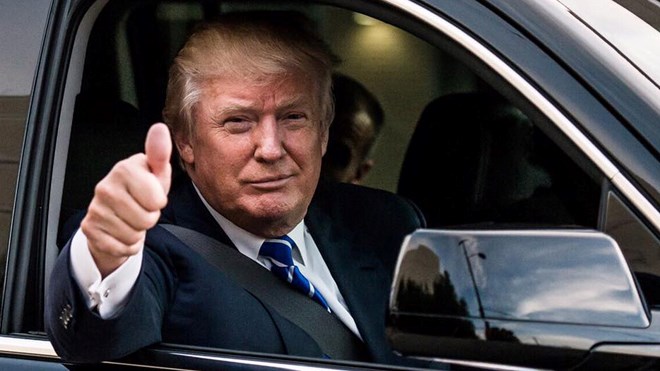 Christian Provenzano isn't specifically mentioning Donald Trump, but he is talking about Rory Ring and raising the spectre that our mayoral race may be drifting into U.S.-style politics

In a news release, Mayor Provenzano expressed concern that the Sault's mayoral battle may be venturing into dangerous territory.

"A pattern has emerged early in this campaign where Mr. Ring appears to believe he can play fast and loose with the facts, even when the actual facts are readily available," Provenzano said.

"We've seen the damage this approach has caused elsewhere and we need to hold ourselves to a higher standard here. Political leaders and people aspiring to be political leaders have an obligation to be honest and sincere with the voters that they are seeking to represent."

"An honest, professional and sincere public debate is good for democracy. I think we can have that in this campaign and I call on Mr. Ring and his campaign to join me in that respect," the mayor's release stated.

Speaking to SooToday, Provenzano confirmed that his reference to damage caused "elsewhere" was referring to recent political battles south of the border in which social media have been used to spread disinformation.

"What I was getting at was the U.S. election style," Provenzano told us.

"With social media, you can communicate with people broadly, that's the upside."

The downside, the mayor said, is that social media can also be used to widely disseminate misinformation.

The following are examples of this week's thrust-and-parry between the two candidates from news releases and statements to SooToday:

"How is it that residents in the City of Windsor can experience a seven-year property tax freeze? Did the buses stop running? Did the pools, libraries, arenas and parks all close? I don’t recall hearing anything other than an industrial border city trying to become more affordable and more competitive in attracting business development. Clearly the mayor has successfully wrestled city staff to the ceiling with four years of tax increases, even though he ran on a promise to get spending under control."

"On Monday, Sept, 10, 2018, Rory Ring stated, through a press release issued by his campaign, that the mayor was going to raise taxes by one per cent at that evening's council meeting and urged people to watch the City Council meeting accordingly. This statement was factually and objectively false. Mayor Provenzano did not raise taxes by one per cent as alleged by Mr. Ring. At the issue's heart was the purchase of two garbage trucks. The purchase will be funded from a reserve specifically set aside for the purchase of new equipment and will not have an impact on the tax levy because the reserve is already included in the levy and not in addition to the levy."

"Although the mayor is trying to spin this by saying the money is in the reserve account, it's still taxpayer funds. It means that if we need money from reserves for something else, which we always do, or for the reserves to be replenished, the only way to get more money is for the city to tax residents. So let’s be honest. This is a bad deal for taxpayers and GFL is perfectly capable of collecting all city waste for less and the city’s own report confirms that fact."

“The mayor has successfully wrestled city staff to the ceiling with four years of tax increases, even though he ran on a promise to get spending under control. This is what he said on Oct. 8, 2014: 'I’ve spoken to many residents during this campaign who are concerned about the amount of property taxes they are paying. I have said repeatedly, taxes and spending go hand-in-hand. Controlling tax increases means we must first control how the city spends its money.' Unfortunately the mayor has led the way in adding over $3 million a year for the last four years in new costs to local taxpayers, while many residents continue struggling to make ends meet."
“Don’t let the mayor tell you freezing your taxes can’t be done, because it can be done, and it has been done in other communities, such as Windsor for seven years in a row, while services are protected. As mayor I am committed to freezing taxes for four years and I will do what is necessary to deliver a more affordable, more prosperous and more attractive city.”

“Sault Ste. Marie residents are not going to be fooled by Rory Ring’s bluster and his unsupported and unattainable promises. With his past statements, Mr. Ring has already shown he has a poor grasp of how municipal finances work. With no plan or explanation as to how he would find the $10-plus million needed to implement a multi-year tax freeze, Mr. Ring’s latest barrage of empty rhetoric underscores once again that he is not to be taken seriously."

"On Wednesday, Sept. 12, 2018 during a video interview with a local news site, Rory Ring stated that: 'Winnipeg hasn't had a tax increase in 18 years.' This statement is factually and objectively false. Winnipeg has not frozen property taxes for the past 18 years. In fact, Winnipeg has raised property taxes the last seven years in a row. Winnipeg also finds much of its operations using revenue sources that Sault Ste. Marie has never contemplated, Winnipeg charges many business owners the Winnipeg Business Tax. In addition, Winnipeg residents are billed separately for garbage and recycling pickup and property owners also pay frontage levies."

City Council asked to give $300,000 to Sault College, Algoma U
Jan 17, 2020 9:00 PM
Comments
We welcome your feedback and encourage you to share your thoughts on this story. We ask that you be respectful of others and their points of view, refrain from personal attacks and stay on topic. To learn about our commenting policies and how we moderate, please read our Community Guidelines.