Are library late fines a form of social inequity? Sault looks at dropping them

Have your borrowing privileges been blocked because of unpaid late fees?
Jan 27, 2020 10:26 PM By: David Helwig 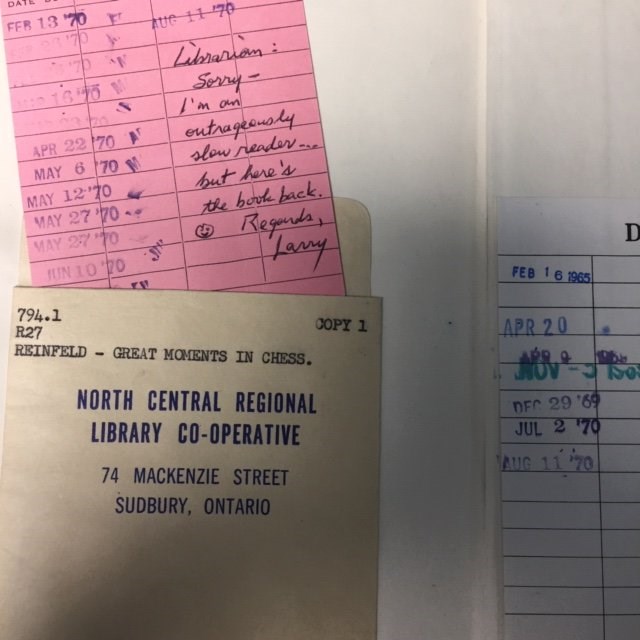 The idea was presented at a meeting of the library board's Dec. 16 meeting by member Jami van Haaften.

It's now being discussed by the board's policy committee.

"It is a trend in libraries," says van Haaften. "A lot of libraries are removing fines. It makes the library more accessible."

"I would like to remove all fines. Children's fines in particular," she tells SooToday.

"Monetary fines ultimately do not serve the core mission of the modern library," said the American Library Association in a resolution passed last year.

The American Library Association is urging libraries to scrutinize fines charged to library patrons and to actively move toward eliminating them.

It is also calling on governing bodies of libraries to strengthen funding support so they're not dependent on late fines as a revenue source.

Van Haaften wants to know how much of that $18,000 is from overdue library materials and how many borrowers have been blocked because of unpaid fines.

In other news, the library board learned at its January meeting that all collections have been removed from the recently closed Korah Branch library and shelving was being pulled out on Monday.

The library is required to be completely out of the Korah Branch before February.

Helena Huopalainen, Sault Ste. Marie Public Library's manager of community engagement, is retiring. Her final day on the job will be Feb. 28.

The library is advertising for a business administrator to replace Iva Smith, the executive assistant/office manager who retired last year.