Proposed McMeeken Centre replacement would be a basic, stripped-down, all-business, no-frills kind of building
Mar 16, 2019 10:41 AM By: David Helwig 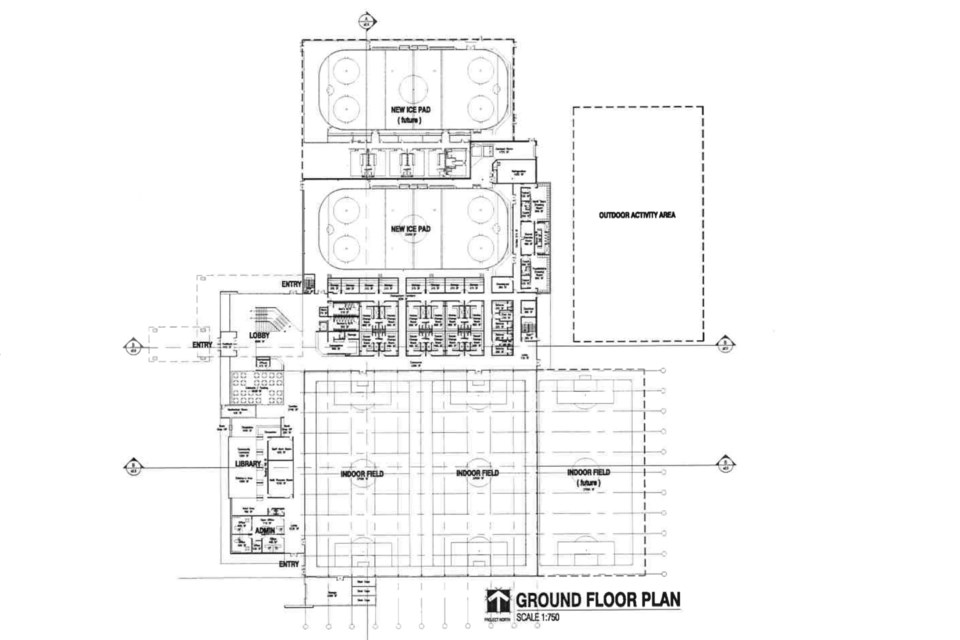 Sault Ste. Marie's last payment on the John Rhodes Community Centre will be made next year.

We'll finally be done paying off the GFL Memorial Gardens the following year, 2021.

That will make $1.65 million in annual debt-servicing cash available, and City Council will be asked next week to plow that chicken feed into a $25 million replacement for the W. J. McMeeken Centre.

Councillors will be asked Monday to set up a steering committee to oversee demolition of the 51-year-old Goulais Avenue landmark and construct a new twin-pad arena to replace it.

If the resolution passes, city staff will be authorized to apply for infrastructure funding for the project when it becomes available, and to investigate options and costs for razing the long-in-the-tooth McMeeken.

"It should be noted that the W.J. McMeeken Centre at 51 years old is well past the 32-year lifespan used as an industry benchmark," says Tom Vair, the city's deputy chief administrative officer for community development and enterprise services.

The two new ice pads would be National Hockey League-sized, with seating for between 300 and 500 spectators on each pad.

The new McMeeken steering committee is expected to include:

Toronto-based LeisurePlan International Inc., retained by the city as an early consultant on the initiative, has concluded that there's sufficient demand in the Sault for a twin-pad arena, even with the aging Rankin Arena and Soo Pee Wee Arena.

"It should be noted the demand was forecasted even with the presence of the Rankin Arena and Soo Pee Wee Arena," Vair says in a report to be presented Monday to Mayor Provenzano and City Council.

"Should one of these arenas go down for any reason it would create a difficult situation for ice users," Vair says.

Vair noted the following comments from the consultant:

Buildings at 30 to 50 years usually undergo major capital renewal and upgrade expenditures that, combined with routine maintenance, almost equal the original construction value of the building. There has not been significant investment at this facility. As such, it is long overdue for a major infusion of capital in order for it to continue functioning as an arena over the long term, the cost of which would be in line with constructing a comparable new facility, or be replaced with a new facility.

Ongoing costs for a renovated building are higher than that for a new one. Breakage in the refrigeration piping in the slab due to age is becoming more of an issue each year.

At some point, in the near future, the refrigeration piping will have to be replaced together with rink slab and header trench significant upgrade investments are also required to update the facility.

If councillors approve the resolution on Monday, they will be rejecting any possibility of refurbishing the McMeeken or re-purposing it to other uses.

They'll also be cold-shouldering Sault College and Algoma University, which both expressed interest in hosting single-pad arenas at their own sites should council decide the split the project into two separate arena projects.

Building two single-pad arenas is estimated to cost about $2.4 million more than a single twin-pad facility.

Says Vair: "At this time, Sault College is not able to confirm any contribution towards either the additional capital costs or the additional operating costs of building two, separate arenas. Sault College has indicated they are prepared to explore the possibility of securing funding available to an academic institution but not to a municipality for an arena project that has an experiential learning element embedded in the operating design."

Algoma University doesn't currently have a hockey program and has recently signalled that its priority is a domed turf field to support its thriving soccer program as well as other sports including cricket and lacrosse, both popular among international and indigenous students.

Some thought has been given to also adding a third soccer field at the adjacent Northern Community Centre, an idea estimated to cost around that could cost about $5.6 million.

The new field would be used mostly by Sault Amateur Soccer Association, with other prime-time users including cricket, ultimate frisbee, baseball, football and individual rentals.

"Based on the review there are still sufficient prime-time hours available for booking at this time to accommodate growth in these leagues," Vair says.

"The leagues would need to experience a significant increase in participants to fill the hours that would be available if a third turf was added and this growth is not anticipated. Tourism Sault Ste. Marie was consulted as well and, at this time, they do not see a justification for an expansion by adding a third turf."

"Given the community already has a state-of-the-art event centre with the GFL Memorial Gardens, it is the view of staff that the priority of this facility is to provide a twin-pad arena in a functional manner. We should pursue the most cost effective solution for adding two ice pads to the Northern Community Centre," Vair says.