A court order prohibits reporting any information that could identify the complainant
Jul 13, 2018 10:30 AM By: Linda Richardson 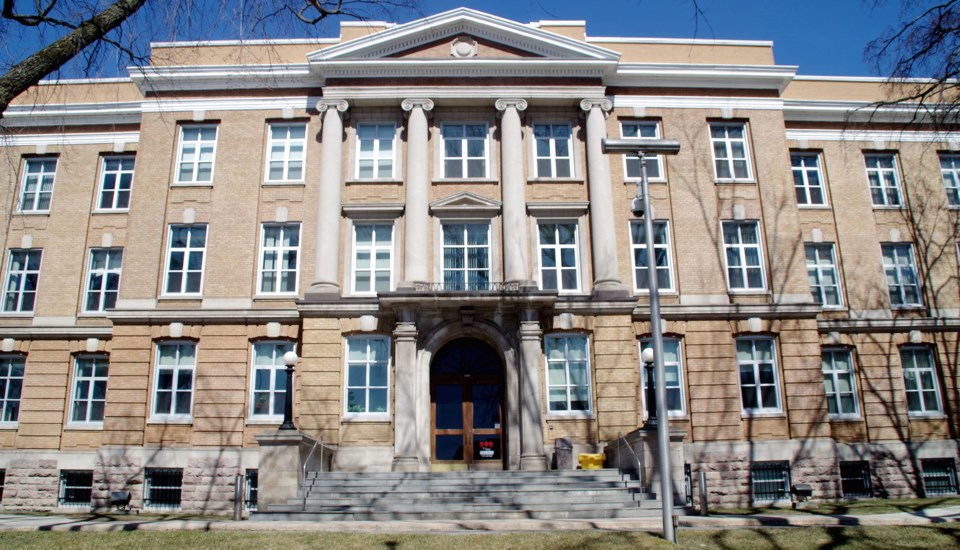 The Sault Ste. Marie Courthouse is pictured in this file photo. Michael Purvis/SooToday
Michael Marin's lawyer wasn't far into his cross-examination Wednesday of the woman, who has accused his client of sexually abusing her over a number of years, when he suggested incidents she told the court about "didn't happen."

"This didn't occur at all," Bruce Willson maintained.

"It absolutely did," she insisted.

Marin, 64, has pleaded not guilty to six charges, stemming from alleged incidents the complainant described to Superior Court Justice Edward Gareau when she took the witness stand at the Sault Ste. Marie courthouse.

A court order prohibits reporting any information that could identify the complainant.

The woman testified about events that she said began when she was young and continued after she was an adult.

She told prosecutor David Kirk that the accused first touched and kissed her when she was a pre-teen, and it slowly progressed to sexual acts.

On Thursday, Willson continued his cross-examination of the complainant who spent the entire day on the stand answering his questions about the alleged incidents.

At times, he referred to a transcript of the testimony she gave at a preliminary hearing which took place about a year ago.

The defence wondered if she recalled indicating that she couldn't remember some specific incidents.

When she replied yes, he questioned why she has the specifics now.

"At the preliminary I was struggling and didn't recall those incidents at that time," she said.

The woman testified that she had deleted texts she said she had received from Marin a few years ago, as well as ones from around the time he was charged in 2016.

She then told the court he had texted her when she was being interviewed by police.

The request that she call him concerned her because she thought he knew she was talking to police, the witness said.

She said she showed the message to Det. Const. Alison Campbell, who was conducting the interview and the officer assured her there was no way he would know that she was with police.

Willson then showed her a copy of a text she had sent Campbell following the interview.

"I was upset and concerned about the consequences of going to police," the complainant said.

When he suggested that she had second thoughts about the interview, she told him: "I was terrified afterwards that I was going to be harassed, that he would come after me."

Willson countered "your conscience was getting to you. You knew you lied and didn't want to go through with it."

"Absolutely not," she replied.