Tourist attractions in the region look to rebound after losing money due to lack of American visitors
Jul 20, 2021 6:00 PM By: James Hopkin 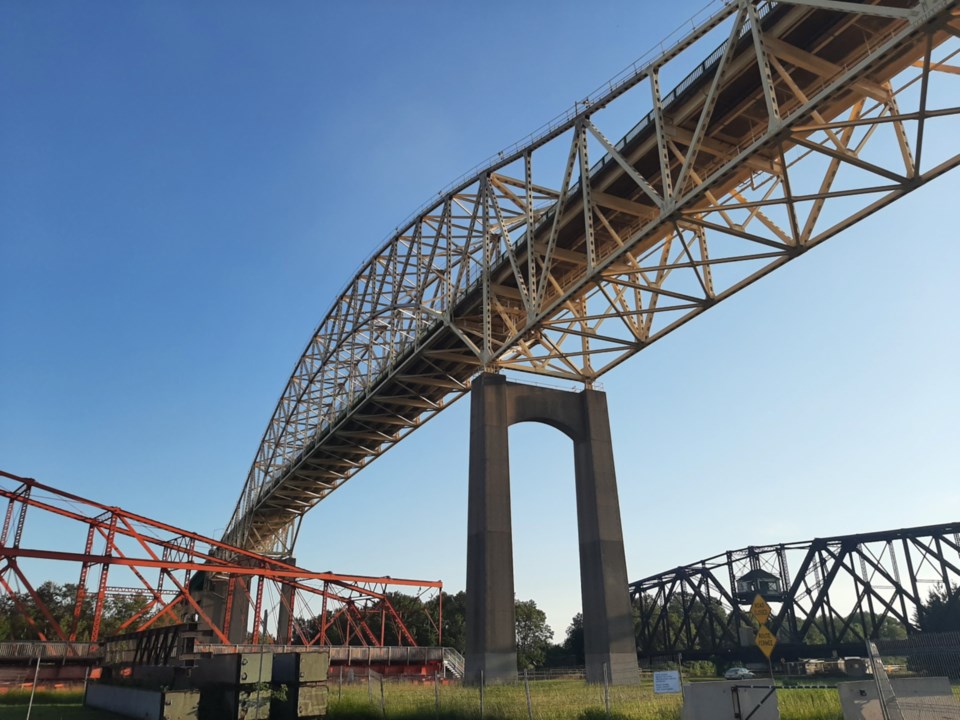 International Bridge is shown in this file photo from June 2020. Darren Taylor/SooToday

The tourism industry in Sault Ste. Marie and the Algoma District could potentially reap the benefits of American visitors being allowed into Canada for non-essential reasons early next month.

On Monday, the federal government announced that fully vaccinated Americans will be permitted to enter Canada for non-essential reasons beginning August 9, provided they have been fully vaccinated at least 14 days prior to entering Canada.

“I think obviously this is great news that we’ve been waiting on,” said Travis Anderson, director of tourism and community development for the City of Sault Ste. Marie. “The timing is good for us - I mean, we’ll still salvage a portion of the summer.”

Anderson remains hopeful that the city’s hospitality sector, namely restaurants, bars and hotels will benefit from the news, in addition to attractions like the Canadian Bushplane Heritage Centre, Art Gallery of Algoma, Sault Ste. Marie Museum and the Canal District.

He’s also holding out hope that the Superior Rocket - a 10-passenger Hurricane Zodiac that can reach speeds of up to 90 kilometres per hour - will help draw some Americans to town when it hits the waters of the Sault and its surrounding areas in August.

“Hopefully that acts as a significant draw from U.S. visitors,” said Anderson. “I think we’ll see a lot of pent-up demand from the American side to do some visits [to Canada] - we’re very hopeful that Sault Ste. Marie is on that list.”

“I think overall we’re really excited about the opportunity here, and hopefully, we’ll bring a lot of economic benefits to the Sault.”

The Canadian Bushplane Heritage Centre is one of those local attractions that relies upon visitors from the United States to help pay for the costs associated with operations and staffing. Executive director Dan Ingram tells SooToday that the museum benefits from Americans coming to the Sault on cruise ships, along with additional U.S. visitors coming in from Michigan, Wisconsin and Minnesota.

“Most of our revenue is generated internally, and we generate 70 per cent of all of our revenues through admissions, gift shop and event revenues,” said Ingram. “When our admissions are down based on the number of people that are able to come to the museum through the cruise ships, bus tours or even the general door, the impact is felt noticeably at our bottom line.”

Meanwhile, lodge operators scattered throughout the Algoma District have been enduring hardships due to a lack of American tourists who regularly come up to Canada in order to fish and hunt.

Wayne Thibodeau, co-owner of Northern Walleye Lodge in Missanabie, Ont. says that guests from the United States account for 80 per cent of his clientele at the remote fishing lodge east of Wawa.

“This COVID has really hurt us and other lodges in the area a lot,” said Thibodeau. “It’s been very hard with next to no help from the government, but this border opening is definitely a blessing, for sure.”

“It’ll help keep us and other people afloat over the winter to make it to next year.”

Thibodeau says that the announcement comes almost too late, as many people from the U.S. have already cancelled plans to visit the lodge. They’ve lost a lot of bookings in the process, but lodge ownership anticipates that other American visitors will begin filling up those vacancies soon.

But to fully recover from the economic woes brought on by the COVID-19 pandemic will take much longer than that.

“It’s going to take a few years. This will definitely help us hold out through the winter time to make it to next spring - and other than that, we just got to watch our spending and hope for the best,” he said.

New COVID cases on the rise in the U.S.

The border reopening to Americans for non-essential travel is coming at a time where new COVID cases - arising from the spread of the Delta variant - are increasing across the U.S. The Centre for Disease Control and Prevention is looking at a seven-day average of about 26,300 new cases per day, an increase of 70 per cent over the previous seven-day period. Daily COVID-19 deaths are also up by about 26 per cent.

“It is important to note that variants, including delta, have been circulating in Ontario for some time and continue to circulate locally, and that the federal government was quite clear that the border will be opened to non-essential travellers who are fully immunized.  We know that two doses provide very good protection against COVID-19 infection, including against the delta variant,” said Dr. Jennifer Loo, medical officer of health and chief executive officer at Algoma Public Health, in a statement provided to SooToday Tuesday. “As local community members and businesses prepare to receive potential visitors, whether from out-of-country or simply across town, the best way to protect ourselves and our community from a fourth wave, is to get both doses of the COVID-19 vaccine.”

The federal government plans to open Canada's borders Sept. 7 to any fully vaccinated travellers with a government-accepted vaccine at least 14 days prior to entering the country, provided that COVID cases remain low and vaccination rates remain high.