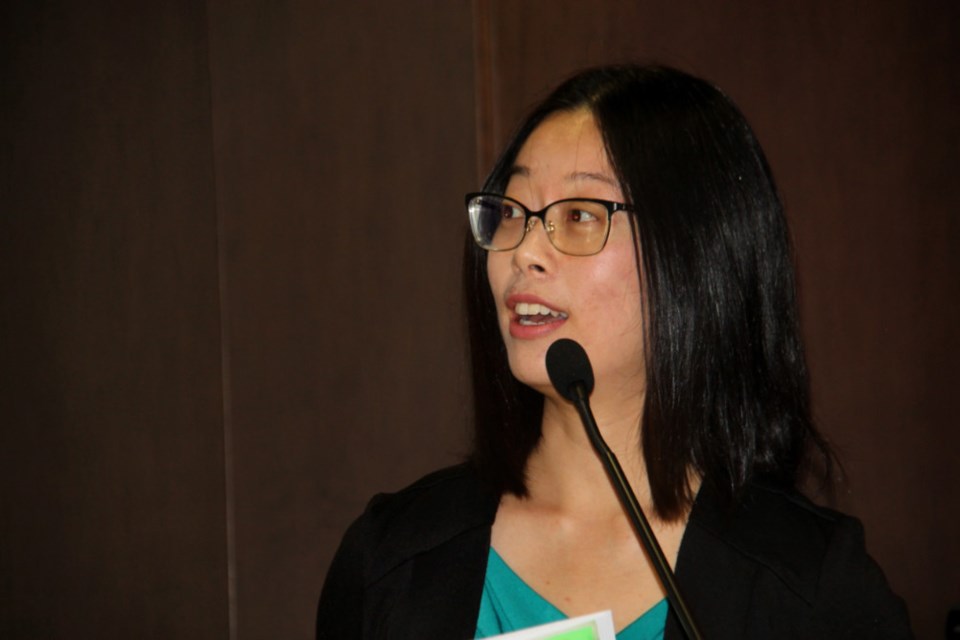 Algoma Public Health estimates that roughly 60 per cent of residents in its public health region should have at least one dose of the COVID-19 vaccine by the end of the month.

According to the latest vaccination uptake report from Public Health Ontario, 33.7 per cent of people in Algoma had received one dose as of May 8 - the lowest percentage of people receiving one dose of the vaccine in all of northern Ontario. The province has a one-dose vaccination rate of 38.7 per cent.

The health unit’s medical officer of health and chief executive officer, Dr. Jennifer Loo, says Algoma Public Health has been seeing an increase in allocations to the region this month, allowing the health unit to open up its vaccination efforts to other eligible groups.

“Given the number of doses that we have booked and planned for clinics in the coming weeks, we estimate that by the end of May, around 60 per cent of Algoma residents should have at least one dose,” Loo said.

Here’s how the Algoma Public Health region ranks in comparison to other public health units in the north:

Coverage (percentage) by public health unit of residence: At least one dose

When asked about the lag in the rollout of COVID-19 vaccine in Algoma, Loo tells SooToday that while the health unit receives its regular allocation on a per capita basis, extra doses - prioritized for hotspots - haven’t been coming here.

“We know that people have been very anxious to get immunized, and what I will say is that for the first three weeks of May, the province has been allocating additional vaccine supplies to hotspot areas in order to prevent as many hospitalizations and deaths as possible,” said Loo, speaking with SooToday Friday. “Now, Algoma has continued to receive our baseline vaccine allocations from the province - proportional to our population on a per capita basis - but of course, we have not received any extra doses or allocations for hotspots.”

While a number of health units in the province are busy vaccinating the 40-plus cohort, Algoma Public Health is just beginning to vaccinate the 50-plus age group. Loo says that priority groups - including older age groups, those considered high-risk, and the region’s Indigenous community which accounts for more than 13 per cent of Algoma’s population - must be vaccinated according to the province’s priority sequence.

“We drop the age bans on our booking system once we know that the higher priority groups and the higher-risk, older age groups have had ample opportunity to book,” said Loo. “So as we roll out, we are always following the priority sequence that’s established by the province.”

The health unit says it’s always trying to improve upon its booking system for its vaccination clinics - a booking system that has caused fits of frustration for some SooToday readers.

“I would say that it is an ever-ongoing process of improvement with booking,” said Loo. “Let’s remember that this mass immunization program is the biggest in history. We are trying to immunize every single person in the community, so certainly we’ve had to make ongoing adjustments - vastly expanding our phone lines, and making sure that the online booking system is also accessible and user friendly.”

Algoma Public Health announced another round of COVID vaccination clinics earlier this week, with the 50-plus age group now added to the eligibility list for the clinics to be held at GFL Memorial Gardens. The clinics will take place May 20 and 27, and June 3, 4, 10 and 11.

Bookings for the clinics, which include 7,000 appointment slots, begin Monday at 5 p.m. online and by phone.

A number of new area pharmacies will also begin offering COVID-19 vaccinations beginning next week, and will be accepting appointment registrations from those aged 40 and over.

The health unit is reminding the public to try and avoid double-booking vaccination appointments.

“I think it’s great that people are trying to get immunized as early as possible, but let’s make sure that you don’t take an extra spot,” said Loo. “And once you’re immunized, if you’ve been on a pharmacy waitlist elsewhere, or if you’ve already booked into a different appointment, to make sure that you let us know.”

“That spot will be made available, and taken up in seconds.”

Loo wishes to acknowledge the amount of work being done by community partners, from the immunizers giving up their free time after work, to the support from the municipality, local business community and the Algoma Vaccine Support Council

“I really just want to acknowledge that it’s been a tremendous community effort, and the level of engagement - the sheer number of people who have been involved and supportive of this process - has been really tremendous,” Loo said.

More information on vaccine clincs in our region can be found on the Algoma Public Health website.

- with files from Riley Smith