We're getting a new Northside Volkswagen location, a Quesada Burritos and Tacos, and a new Kingdom Hall for Jehovah's Witnesses
Sep 6, 2019 9:30 AM By: David Helwig 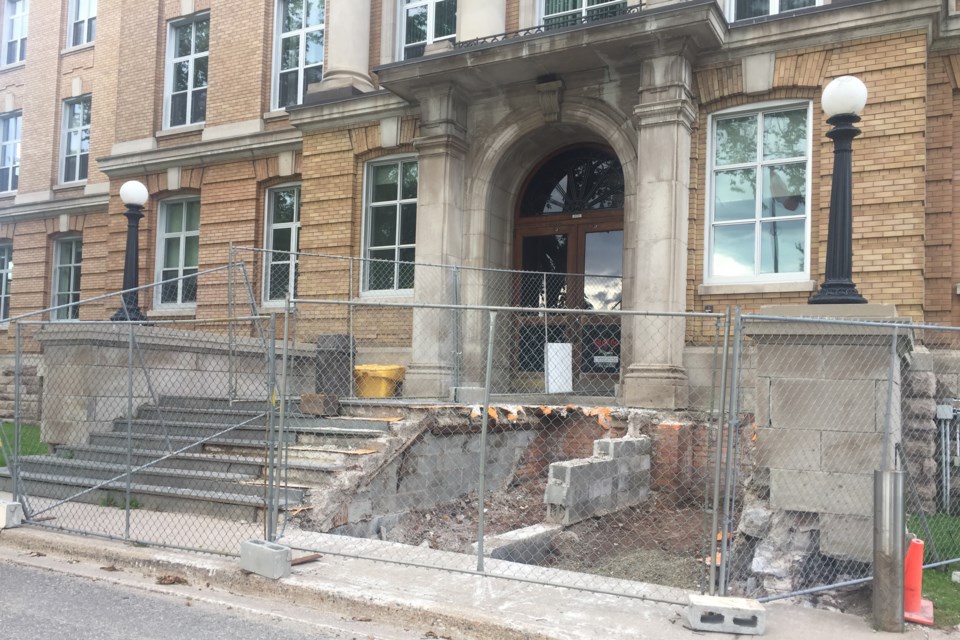 Current construction projects in Sault Ste. Marie include Tulloch Engineering Inc.'s $750,000 replacement of entry stairs, ramps and walkways at the historic Sault Ste. Marie Courthouse. Granite veneer on the entance stairs has cracked and de-bonded in recent months from the concrete slabs underneath. Both veneer and slabs are being replaced with new precast steps and metal handrails that comply with the Ontario Building Code. David Helwig/SooToday

A $10-million industrial building serving Algoma Steel's gas-cleaning facility is a major shot in the arm to the local construction sector, according to the latest building permit statistics compiled by the City of Sault Ste. Marie.

Institutional and governmental permits amounted to $17.2 million, down significantly from $25.9 million in 2018.

$23.4 million in residential permits were issued, a drop from $26.3 million during the same period last year.

Highlights of 2019's building permits include: