After three decades, construction monopoly that costs the Sault millions a year is finally removed 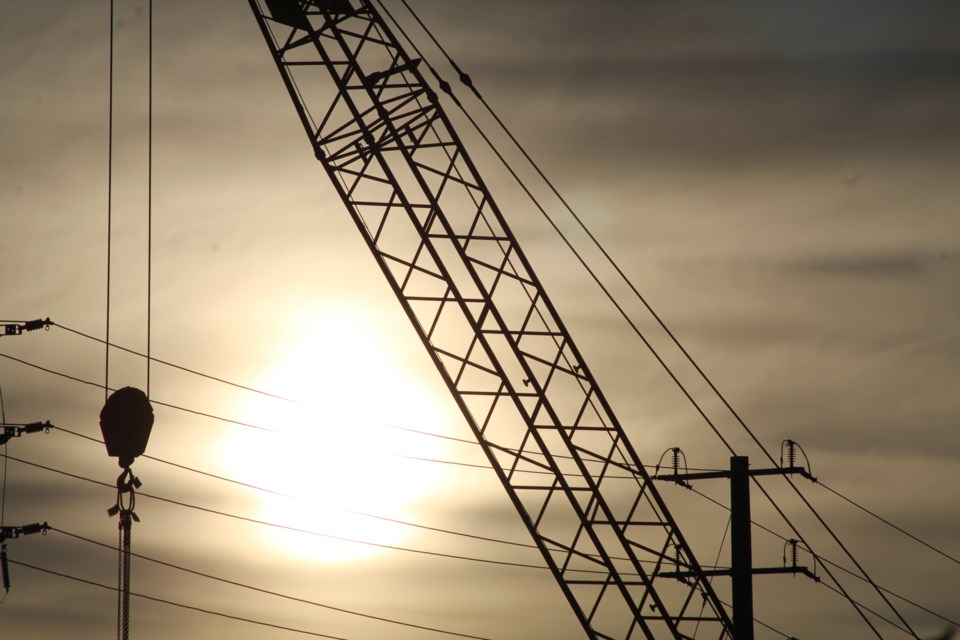 A 30-year trade monopoly that costs Sault Ste. Marie millions of dollars annually on local infrastructure construction projects has finally been removed by Bill 66, passed today in the Ontario Legislature.

Bill 66, also known as Restoring Ontario’s Competitiveness Act, is an omnibus bill that changes the Labour Relations Act, 1995, eliminating a monopoly held by United Brotherhood of Carpenters and the Labourers' International Union on all city construction work.

"Sault Ste. Marie is only in this regime because our legal counsel of the day missed a court appearance in 1987," says Ward 3 Coun. Matthew Shoemaker, who's spearheaded a drive to break the two-union arrangement.

"Since that time," Shoemaker says, "we have been bound to only take bids from companies signed with the Carpenters or the Labourers union. This has meant any company signed with the United Steelworkers or Christian Labour Association of Canada [CLAC] or any other union, has been shut out from bidding on city work."

Bill 66 consists of a multitude of other legislative changes and Shoemaker stresses that his support starts and ends with its changes to the Labour Relations Act.

"Specifically, those changes that remove municipalities from the definition of construction employers," he tells SooToday.

"Studies have shown that closed tendering means bids of anywhere from three per cent to thirty per cent higher. To give an example, on the $5-million re-siding and window swap at City Hall, this could be anywhere from a savings of $150,000 to $1,500,000."

Shoemaker warns that attempts will be made to protect Sault Ste. Marie's status quo.

"Carpenters have undertaken a campaign to convince councillors in the Sault – and I’m sure elsewhere – that getting out of this system will mean low wages for workers on city jobs, and poor quality of work."

"These arguments ignore the fact that unionized shops are currently being excluded from city work, and nobody could realistically claim those union shops are using 'low wage' workers. Similar arguments apply to the claim of 'poor quality.' In addition to that, the city has an extensive pre-qualification process that considers past safety record of the company bidding on city work, any Ministry of Labour orders, any WSIB issues, ensures current insurance coverage and ensures a proper safety training program is in place, among other considerations."

"The claims of 'poor quality' and 'low wages' don’t hold water," Shoemaker said. "The reality is, for 30 years we’ve been stuck in a monopoly and the bids we’ve received haven’t had to be as competitive, meaning we’ve unnecessarily paid more for construction projects than we needed to. The passage of Bill 66 ends that monopoly and the city is once again open to accept bids for any from any qualified contractor."

"I’m proud of the six motions council has passed on this issue in the last five years, the lobbying efforts that have been undertaken to support this change in the law, and the results achieved. For the first time in a generation local contractors paying local taxes will be able to bid on local jobs regardless of their affiliation," the Ward 3 councillor said.

"Bill 66 closes a legislative loophole that unintentionally deemed some of Ontario’s largest municipalities, including Toronto, Hamilton, the Region of Waterloo and Sault Ste. Marie, as construction employers.... This unfair and unintended loophole prevented the vast majority of Ontario construction companies and their workers from bidding and working on public projects, no matter how qualified, innovative or well-respected they are."

"Once the legislation is proclaimed, municipalities and other public entities can benefit from qualified local workers and contractors building local community infrastructure," Reid said.

"We applaud the Ford government's efforts to move this issue forward, which will help to level access to the playing field in construction in the province," said OSWCA president Brad Brewster.

"By opening up the tendering process, the government is also ensuring that taxpayers are receiving the best value for their tax dollars on infrastructure projects," Brewster said.

"According to the think-tank Cardus, Ontario municipalities could expect to save more than $370 million per years if all publicly funded construction and infrastructure projects were open to fair and open bidding process," OSWCA said in a written statement.