'We don't have to fit in these boxes': Giant Little Ones creator shuns labels in new film 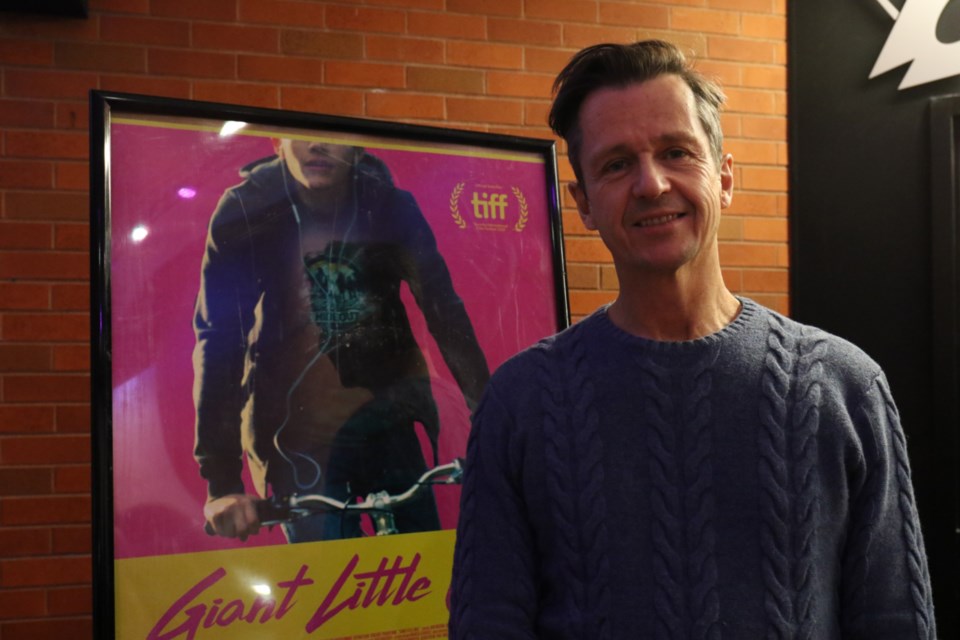 Writer and director Keith Behrman was on hand for the screening of his film Giant Little Ones during the Shadows of the Mind gala at the Sault Community Theatre Centre Saturday night. The film was shot in Sault Ste. Marie in 2017. James Hopkin/SooToday

Writer and director Keith Behrman was happy to be back in Sault Ste. Marie Saturday night, where his film, Giant Little Ones, was screening as part of the Shadows of the Mind Film Festival gala.

Behrman says his film — shot in Sault Ste. Marie in the summer of 2017 — is a tale involving three high school boys that came to him in a dream about five years ago.

“I realized I wanted to make a film that was about love and about family, and about acceptance, and just being true to yourself,” he said.

Behrman and producer Allison Black chose to shoot the film in Sault Ste. Marie in July 2017 in order to give the film the backdrop Behrman felt it needed.

“I always knew I wanted to be outside, and I wanted it to be in a sunny, warm environment,” Behrman said. “I wanted them to be moving around the streets, riding their bikes — a very open, energetic kind of thing — so I wanted to be some place where there’s a lot of greenery.”

“I was always very uncomfortable with the very hard lines around masculinity and what it meant to be a man,” Behrman said. “It felt very restrictive, so as I grew up, I always just kind of struggled with that.”

So far, Behrman’s film — starring Maria Bello and Kyle MacLachlan — has premiered all over the world, including at the Toronto International Film Festival.

Giant Little Ones is slated for theatrical release in Canada at the end of March.

“We travel with the film and meet people from different countries around the world, and it’s amazing. They all kind of have a similar response,” said Behrman. “A lot of people are really appreciative, they’re really grateful for the film and the message of the film, and they’re really moved and touched by the film wherever we go.”

Behrman says that when he attended a screening of his film in South Korea, a kid told him that the film saved his life.

The screening of Giant Little Ones kicked off the 20th anniversary of the Shadows of the Mind Film Festival, which begins Monday.

Lineup and ticket information can be found on the Shadows of the Mind Film Festival website.