Could the Sault become a destination for music tourism? These folks think it can happen 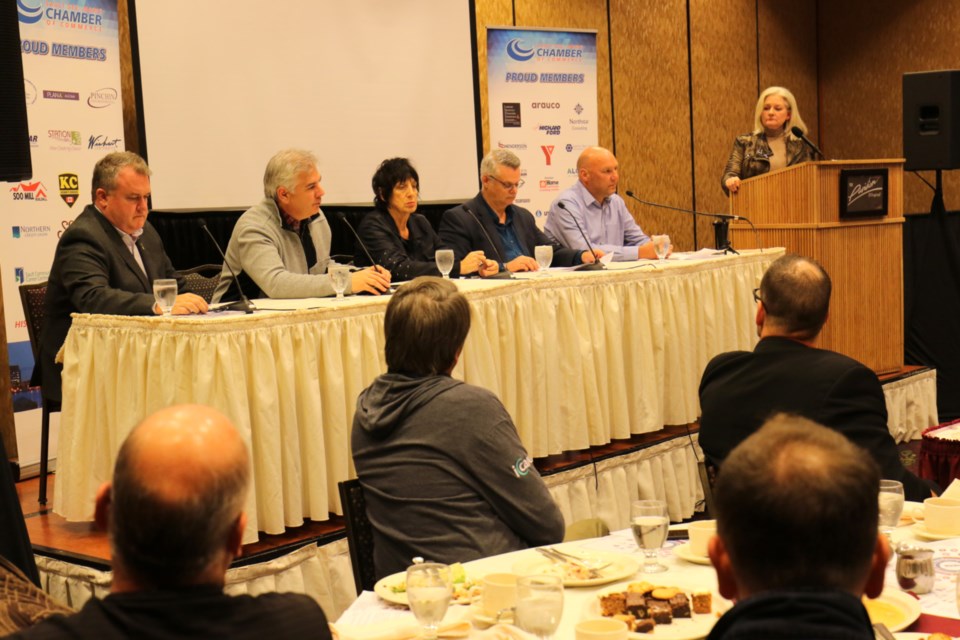 Representatives of the music and tourism sector assembled for a panel to discuss the economic benefits of a music sector in Sault Ste. Marie at the Water Tower Inn Thursday as part of The Mastering of a Music City in Sault Ste. Marie event hosted by the local chamber of commerce. James Hopkin/SooToday

Campbell was one of five panelists to take part in Thursday’s ‘Mastering of a Music City in Sault Ste. Marie’ event at the Water Tower Inn, which was organized by the Sault Ste. Marie Chamber of Commerce.

“The possibilities are really endless,” said Campbell in his keynote address to representatives of the local music, tourism and business sectors. “You have something incredible in your future, and bringing it all together, I know you can do it, and it’s going to have a game-changing impact on your city.”

When Campbell was given the keys to Tourism London in 2013 – after spending nearly two decades in the live music private sector – he was tasked with revamping a “very traditional leisure travel portfolio” into a culture and entertainment tourism one.

“In the world of tourism and destination marketing today, music tourism is still to this day not really understood - in some cases, it’s either ignored or it’s placed as a byproduct, and not the primary economic driver that it is, or that it certainly has the potential to be,” Campbell said.

At that time, Tourism London had no meaningful relationship with the music sector. The city itself had barriers, such as bylaws, which Campbell says was crippling the “night-time economy.”

“When all of this started back in 2014 in London, we still had a bylaw on the books that prohibited dancing on patios. A Footloose bylaw, that’s where we came from,” he said, drawing chuckles from the crowd.

Five years later, London is considered to be a music tourism destination.

The London Music Office was created by the city, and bylaws were updated in order to break down barriers for artists, venues and promoters.

Stakeholders were brought in as part of Tourism London’s plan to develop a “buy-in” from the community at large.

A music task force was created, and a music strategy for the city followed suit. A total of 12 key priorities were identified.

The London Music Office carried out an audit or census of the local music scene in 2015, which found that there were 4,620 live shows, 875 music students living in the city, and that $7 million was earned by 1,200 music publishers and songwriters locally within that year.

Four years after that music census was completed, London ended up hosting Juno Week, after the city was told, on more than one occasion, that it “never had a chance,” as Campbell put it.

Music Canada partnered with Canadian Chamber of Commerce to build a toolkit to show the way for local chambers interested in developing a local music economy.

Ring told those in attendance at the Mastering of a Music City in Sault Ste. Marie event that the working group hopes to put a spotlight on the city’s music talent, music tourism, venues, and hospitality sector.

“We want a Music City Sault Ste. Marie that creates a music-based experience for education, recording and production, space activation around the city - to putting more heads in the beds for hotels and bums in seats for the venues,” said Ring. “It also fits really quite nicely within the recently passed community culture plan that was developed by Future Sault Ste. Marie and approved by city council a few weeks ago.”

There'll be no 'Evening at Hogwarts' this year
May 12, 2020 5:00 PM
Comments
We welcome your feedback and encourage you to share your thoughts. We ask that you be respectful of others and their points of view, refrain from personal attacks and stay on topic. To learn about our commenting policies and how we moderate, please read our Community Guidelines.