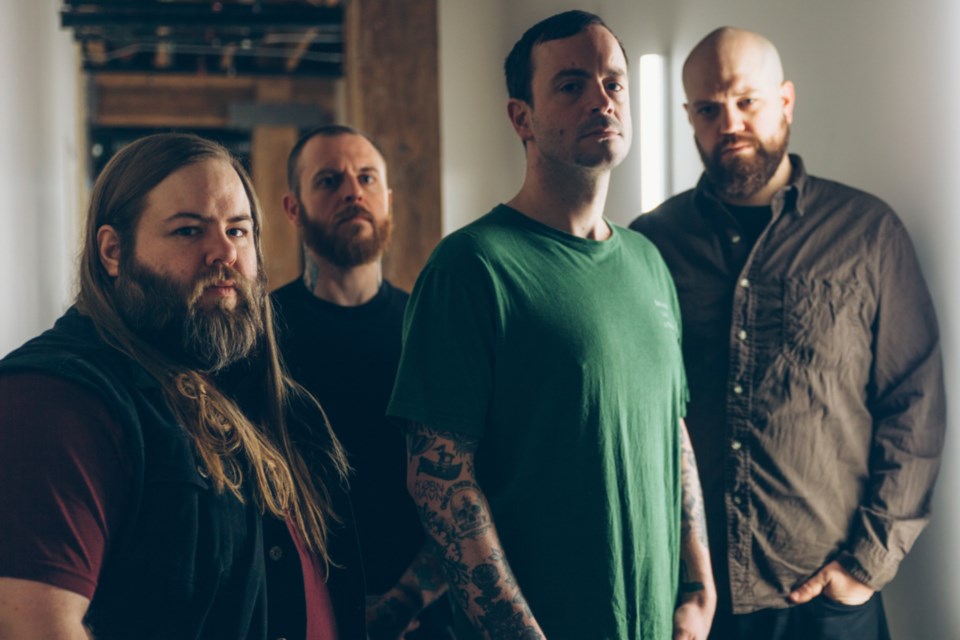 Members of the Toronto-based hardcore punk band Cancer Bats were cruising through the countryside of England, en route to a show in the coastal town of Blackpool, when SooToday called up vocalist Liam Cormier.

The band is currently touring behind its sixth full-length album, 2018’s Sparks That Move.

“There’s still a lot of globe that we haven’t covered yet with this album, but the response has been sick,” said Cormier. “So I’m happy that we get to keep touring as much as we are.”

Cancer Bats kick off the western Canada stretch of its tour in Sault Ste. Marie, which will see the band play Soo Blaster next month.

According to Cormier, Cancer Bats haven’t played the Sault since 2010, when they performed alongside Alexisonfire and Billy Talent at GFL Memorial Gardens.

There will be one pretty noticeable lineup change, however, when Cormier and company roll into the Sault this time around.

Cancer Bats guitarist Scott Middleton is awaiting the birth of his child, so Alexisonfire founding member and current Gallows vocalist Wade MacNeil will be taking his place on stage for the next three tours while Middleton takes leave.

“We’ve been homies for a super long time, so he was like, our natural first choice,” Cormier said.

The way Cormier tells it, MacNeil was so familiar with Cancer Bats’ body of work that he didn’t even have to jam with them.

“He just grabbed his Flying V and his bullet belt, and we were away to the races,” he said.

Cancer Bats is often described as a punk band, but other influences continually creep into the band’s sound.

Cormier says those influences - which span everything from death metal band Necrophagist to Willie Nelson - come into play when listening to music while travelling from gig to gig.

But as of right now, it sounds as though Cancer Bats have little to no control over what they’re jamming to on the road these days.

“We have a Belgian man doing merch for us right now, so he just dominates the stereo - and we’re all terrified of him, so whatever he plays, we listen to,” Cormier told SooToday. “If it’s German techno, we’re listening to German techno.”

Tickets are $20 in advance, or can be purchased online for $20 plus service fee.

Scottish tradition comes alive during annual Robert Burns dinner (8 photos)
Jan 25, 2020 10:03 PM
Comments
We welcome your feedback and encourage you to share your thoughts on this story. We ask that you be respectful of others and their points of view, refrain from personal attacks and stay on topic. To learn about our commenting policies and how we moderate, please read our Community Guidelines.