A Funny Thing Happened on the Way to the Legion

Join three seasoned comedians for a night of fantastic stand up comedy entertainment on Friday, September 10, 2004 at the Royal Canadian Legion Branch 25 for what is being touted as an “Evening of Laughter.
Sep 1, 2004 9:01 AM By: Chris Belsito 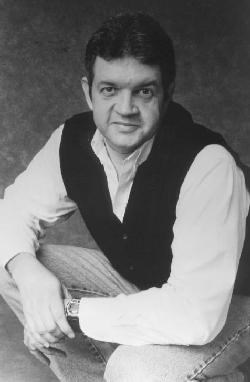 Join three seasoned comedians for a night of fantastic stand up comedy entertainment on Friday, September 10, 2004 at the Royal Canadian Legion Branch 25 for what is being touted as an “Evening of Laughter.”

Considered one of Canada’s top “triple A” features, McAleese began his career in comedy 25 years ago and has shared the stage with the likes of Jim Carrey, Norm McDonald and Howie Mandell. Describing his act, McAleese calls it a cross between Bob Hope and Rodney Dangerfield.

Russell Roy, the brains behind the “Evening of Laughter” tour, is newer to the comedy scene, having started his career at a telecommunications company before entering the speaking and entertainment industry in 1995. To brush up on his presentation skills, Roy decided to take a stab at amateur stand-up comedy. His boss at the time happened to be Mike Bullard, who would later become the host of his own nationally televised late-night talk show. At his encouragement, Roy went on to study Improvisation at the Second City in Toronto and eventually left his day job and started taking on regular stand-up gig(www.russellroy.com).

According to McAleese, Greg Eckler’s style is similar to Howie Mandell. McAleese and Eckler both opt for a clean-cut comedy routine, which is probably why they’ve been able to take their act to so many different venues.

The “Evening of Laughter” begins at 7:00 pm and is expected to run for 90 minutes. This event is open to all members of the public, both Legion members, and non-members alike. Tickets are $10.00. For more information, call Peter at 942-8390.