Lafrenière made the most of his time in high school

Nicolas Lafrenière has done it all from cardboard boats to student government
Aug 6, 2020 11:30 AM By: Zaafina Naqvi 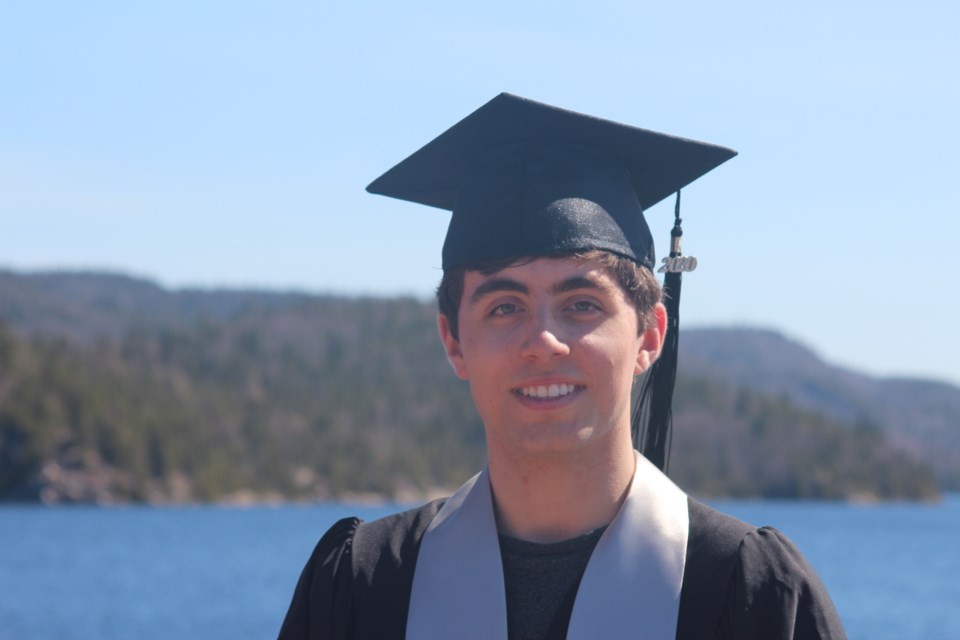 Recent École Saint-Joseph Wawa graduate Nicolas Lafrenière has done nothing short of leaving his mark during his time in high school.

“In Grade 12, I was the 'engineer' of the boat, which won first place in the Sault Ste. Marie Skills Ontario Regional Cardboard Boat competition. We then placed highly at the provincial level. I was also involved in my school’s athletic committee as a points keeper for games. I operated the scoreboard, shot clock, and kept a record of the games,” he said.

The 18-year-old was also a part of the Conseil scolaire catholique Nouvelon student senate, a group of students, most of whom are the Prime Minister of their respective school’s student parliament, who represent their school and students to the other senators and the school board.

“During my two terms with the senate, I was consulted during the school board's rebranding effort and new logo creation, I participated in videoconferences about recruiting efforts and managed to share my opinions on local recruiting methods. I also voted for three student trustee positions when they were vacant. The Senate allows for students of many school’s student parliament to share ideas of activities to better the student experience in the seven secondary schools that the CSC Nouvelon operates and to allow the students involved to gain a sense of politics and the organizational and operational structure of committees,” Lafrenière said.

Other than his extracurricular endeavors, Lafrenière has had his share of academic accomplishments as well. In Grade 11, he took Grade 11 pre-university physics, in which he was recognized for his excellent 21st century learning abilities. In Grade 12, he decided to finish off his physics curriculum with grade 12 pre-university physics, which he finished one month early and received a final grade of 98 per cent.

“I believe that I maintained good grades throughout my four years of high school,” he said. “I excelled in science and math classes. I took eight language classes in high school, four french and four english. Language classes are generally my weaker subjects, as I don’t enjoy them as much as science. Through dedication and hours of studying I managed to be a student who obtained a high average.”

Outside of school, Lafrenière enjoys working at his part-time job at Canadian Tire as a retail inventory integrity specialist, canoeing, hiking, camping in the summer, and snowshoeing in the winter.

Regarding his post-secondary education, Lafrenière will be attending the University of Ottawa in the fall.

“I will be studying Biomedical science. I applied to two programs at the University of Ottawa, Biomedical science and physics. I was accepted into both programs but ultimately accepted the biomedical science offer, even though I enjoy physics very much,” he said. “I might decide to pursue a career in medical research because there are innumerable problems that need to be solved to better the lives of many people. As time progresses during my post-secondary studies, I hope that I will find my own path.”

Lafrenière would like to thank all the teachers and staff at École secondaire catholique Saint-Joseph Wawa for their guidance and education.