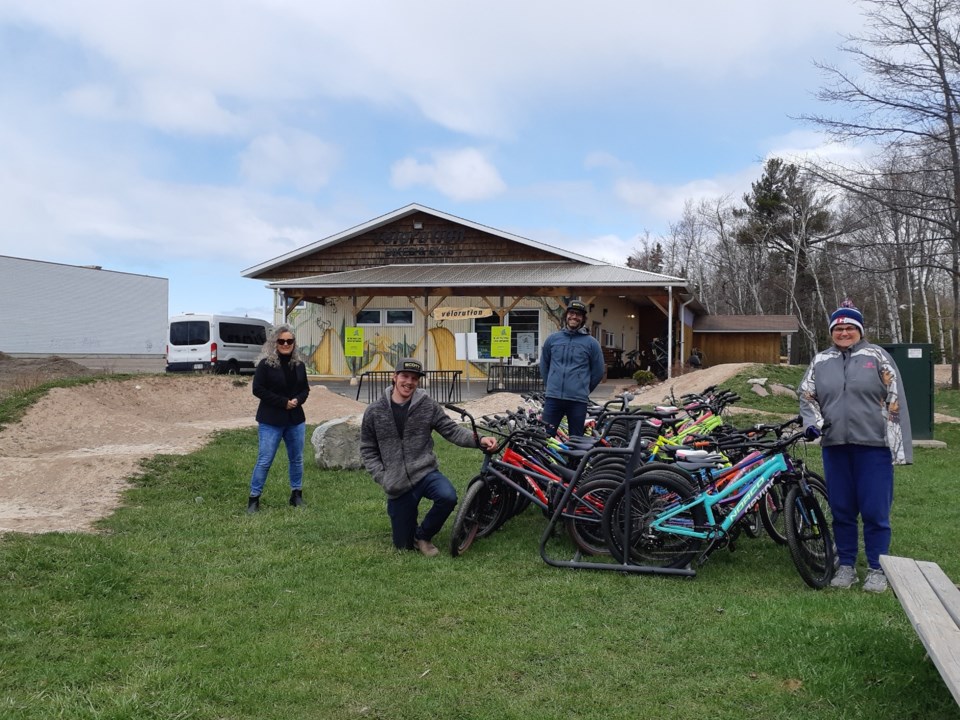 Even in the midst of a global pandemic, Catalyst Fitness owner Chris Cooper has found a means to give.

For the second time.

“These donations sponsored by Chris and facilitated by Jan Roubal of Velorution have been a huge gift,” says Kim Streich-Poser, executive director of Algoma’s CAS. “What I can tell you is Chris is one of those unsung heroes in our community that do things without necessarily going out and looking for recognition. We’ve thanked him and Velorution privately of course – but we also want to thank them publicly.”

Streich-Poser said that as many parents navigate financial troubles during COVID-19, their children are struggling with the impact, too. “By repurposing old bikes, they’re helping to ensure that kids in our community — who wouldn’t normally get a new bike this spring — are able to receive one,” she says.

CAS has been in the process of matching bikes to children as there are a range of sizes. “Families are just really tight with cash right now due to COVID,” she says. “The impact of this kind of generosity — and the timing — is just incredible.”

And for Cooper, who arranged a 50-lasagna delivery to Community Living Algoma last month, a lot of forethought went into the choice of donation.

He says that the bicycle symbolizes many aspects of childhood – freedom, escape, ownership, acceptance among peers.

“I really believe owning a bike can be life-changing,” says Cooper. “And that’s why I did it. I mean, that’s definitely optimistic — but I am an optimist after all. And it only has to work once to be worthwhile.”

Children and youth involved with the CAS will receive the surprise deliveries beginning this weekend.

When asked about his special connection to the Children’s Aid Society — an organization he donates to throughout the year — Cooper says that some of its caseworkers go to Catalyst gym. “But mostly, I just like their mission,” he says.

“Catalyst is what I refer to as a business with a strong social corporate conscience,” says Streich-Poser. “And they’ve demonstrated this on a regular basis with CAS. They’ve been a huge support.”