The husband and wife team have helped create a long list of sensory-friendly events locally
0
Oct 21, 2019 12:30 PM By: Tiffy Thompson 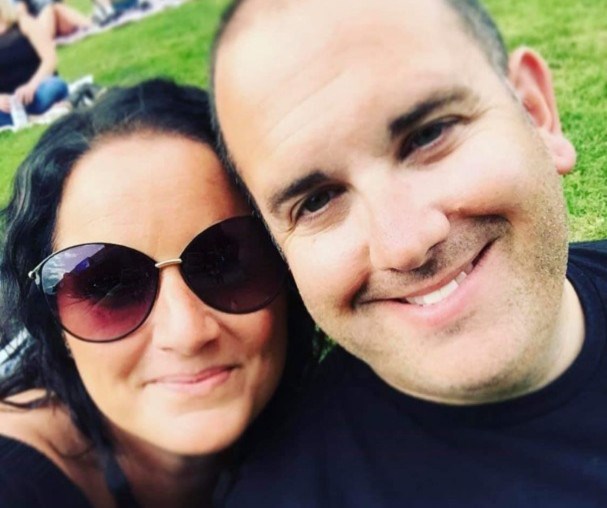 At first, Jamie Boston didn’t notice anything unusual with his young son.

He was a late walker, and a late talker, but Jamie figured it was typical.

“We have an older daughter, and I thought, well, maybe boys are slower to develop,” he says.

But Jamie’s wife, Jessie, sensed something was amiss. So, they began the lengthy process of having him assessed. When they finally received a diagnosis in 2013, Jamie was floored: his son had autism.

“I didn’t even know what autism was,” he remembers. “I had no idea what I was getting into.”

Facing this new reality, the Bostons felt isolated and alone. While they eventually pinned down therapeutic support for their son, social opportunities were lacking.

“Some [people with autism] need things altered a bit to make it enjoyable,” he says. “They don’t like large crowds, loud things. They have sensory sensitivities. So a lot of things that typical families would be able to do; families affected by autism couldn’t.”

Jamie and Jessie wanted their son to be able to have fun and take part in activities, and they also wanted to connect with other families in similar situations. And while they were happy to fundraise for other autism organizations, they wanted the money raised to remain in the community.

“We decided that in order to help families in Sault Ste. Marie, we’d have to do our own thing.”

Jamie and Jessie co-founded The Algoma Autism Foundation, a volunteer-run organization, which has helped hundreds of families throughout Sault Ste. Marie and Algoma access social opportunities, spaces and activities geared specifically to the Autism community

The organization is behind Trunk or Treat, Sensitive Santa, Breakfast With Santa, Sleigh Rides at Mockingbird Hill Farm, a bi-weekly Saturday gym session at John Rhodes, providing iPads to schools so non-verbal children can communicate, sensory rooms, a sensory lending library, Algoma Ride for Autism, the design of the sensory playpark at Bellevue Park, the sensory-friendly block during Rotary Days (siren-free), a teen group, a sensory-friendly area at Bushplane Days, and much more. They even brought in Dr. Temple Grandin to speak about autism; the event drew 600 attendees.

Another component of their work involves hosting socials for parents in the autism community; it gives them a chance to come together with friends who have common interests and challenges.

“That feeling [of getting a diagnosis]; we felt very alone,” he says. “So as the foundation grew, so did that social network. It’s very common for us to reach out to other parents to check in, say how’s it going. The parents don’t feel so alone; if their kid is having a meltdown or having other issues, we understand. They’re not being criticized. We get it.”

Unfortunately, Boston has encountered people who assume his kid is acting out; they make snide comments.

“But at this point, both Jessie and I are advocates for the autism community,” he says. “If we have to say something, we will. Parents with children on the spectrum are highly defensive of their kids -- just like anyone else would be. But the ignorance is definitely still there.”

The Algoma Autism Foundation also works on another crucial component: education. “We’re past awareness,” he says. “We need to move into autism acceptance. Treating people the same. I don’t like to call autism a disability. I see it as our own inability to respond to that person with autism. We don’t understand or see their strengths.”

Boston is frustrated with recent changes in regards to funding autism-related services.

“Doug Ford’s cuts really hurt a lot of families,” he says. “It put a lot of us behind with the lack of funding and lack of spaces. My son used to have an EA in his classroom for him; they’re no longer there. Lots of teachers and EAs alike lost jobs because of cuts. And for the autism program itself; it really didn’t clear the wait list, it just created a new one.”

Regardless of which political party is in power after the federal election, Boston hopes that children with autism will be given the best opportunity — at a young age — to flourish; and that those opportunities will be extended into adulthood.

“Kids with autism become adults with autism,” he says. “If you don’t pay for it now, you’ll definitely pay for it later. Why not give them the best chance out of the gate? It’s only fair, and only what every parent wants for their child. Some kids need a little more help than others.”

Boston is moved by the outpouring of community support that the organization has received.

“From the mom-and pop shop to the big corporations, from unions to the businesses; Highland Ford, Avery Construction, Great Lakes Honda. They’re generous, not only financially, but many times they’ll help us out at events. They know we’re 100 per cent local, 100 per cent volunteer, and they’re able to see the difference their contributions are making. They know we’re fiscally responsible, and we’re really stretching dollars and making a difference where we can.”

“It was a joint venture for Jessie and I when we started this. We never realize how big it would grow. There’s no financial gain for us, but spending time together, doing things to support the autism community — its rewarding,” he says. “We get to see other kids meet milestones, or try a new food, or speak for the first time — something other families may take for granted. To sort of see that personal growth, plus getting to interact with families and celebrating their wins; it’s very rewarding for all of us. Seeing kids get to experience typical opportunities; that’s all the reward we need.”

The Algoma Autism Foundation can always use donations or individuals willing to volunteer at events. Get in touch here.

Local mom helps Grade 12 grads create keepsake video
May 4, 2020 1:45 PM
Comments
We welcome your feedback and encourage you to share your thoughts. We ask that you be respectful of others and their points of view, refrain from personal attacks and stay on topic. To learn about our commenting policies and how we moderate, please read our Community Guidelines.