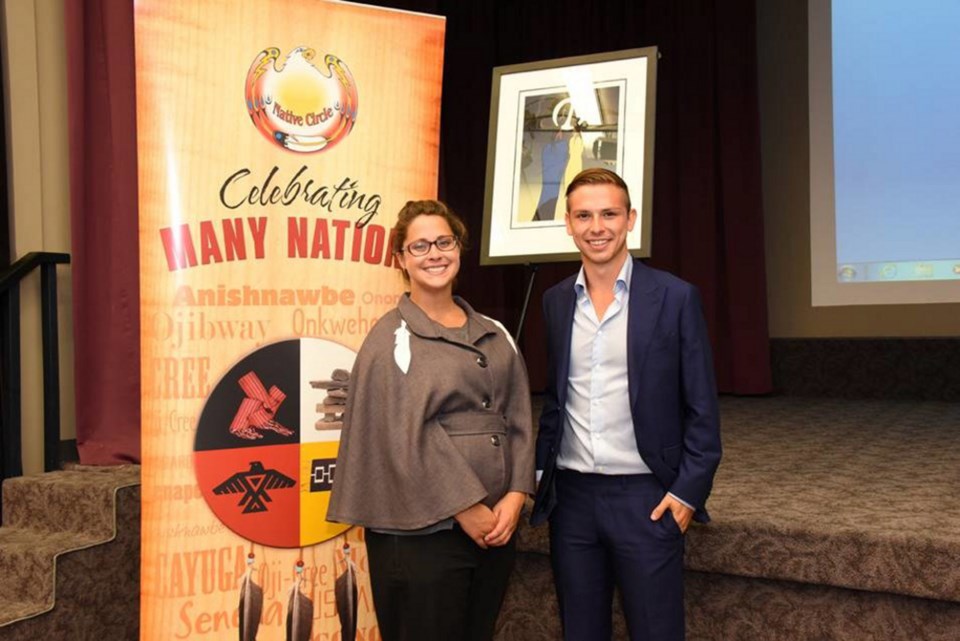 Stephanie Seymour is on a roll these days.

Seymour, who was born and raised on St. Joseph Island, her mother's family residents of Garden River First Nation, is currently a PhD student, pursuing a doctorate in Forest Sciences at Lakehead University in Thunder Bay.

John Wesley (Jack) Beaver (1920-1980) was an indigenous engineer with Ontario Hydro (OPG's predecessor), who rose through the ranks to become the company's main operations engineer for Northeastern Ontario.

The John Wesley Beaver Memorial Student Award is available to one male and one female full-time Ontario postsecondary student who are First Nations (status or non-status), Inuit or Metis annually.

The Award is valued at $3,000 for college recipients and $5,000 for university recipients.

"Growing up on St. Joseph Island, we made our own maple syrup and spent a lot of time in the woods, so when it came time after high school to continue my education I thought I'd follow my interest in forestry and environmental issues," Seymour told SooToday.

"It's quite important to me."

"It's really interesting, and this is something I didn't really think of until later, but the Sault has a lot of renewable energy with the wind turbines and the solar panels, it was quite unique and now we have a lot of cities moving toward a clean energy plan, but it seems like the Sault is already there."

She anticipates graduating from the PhD program at Lakehead in 2019.

Her studies have revolved around getting First Nations communities away from diesel power as an energy source and getting them into wood biomass energy instead.

The wood biomass process involves taking forest residue such as dead trees, stumps and branches, yard clippings and wood chips and converting it all into an energy source.

"It (biomass) is about getting back to the land," Seymour said.

Beyond academic achievement, Seymour plans to go right into the Ontario cabinet.

"I would like to be the first aboriginal Ontario Minister of Natural Resources and Forestry because we have not had one yet, and I'd like to act as a bridge between the provincial and federal governments, between communities and industry, to build more of a mutually beneficial, respectful, cooperative relationship while at the same time protecting the environment."

As for receiving the John Wesley Beaver Memorial Student Award, Seymour said "it was great to visit the OPG headquarters (in Toronto) and be with the best and brightest at OPG, to network, and feel acknowledged for the work I've been doing over the years."

"We've definitely come a long away (in terms of getting away from diesel), we have agreements in place where we're going to extend the hydroelectric grid to the different First Nations communities…Ontario is now coal-free, we've seen a lot of change but there's a lot more work to be done."

The male recipient for this year's John Wesley Beaver Memorial Student Award is Shadrak Gobert, a University of Toronto student studying Aboriginal and Environmental Studies, a native of Frog Lake First Nation in Alberta who has lived in Ontario for 10 years.