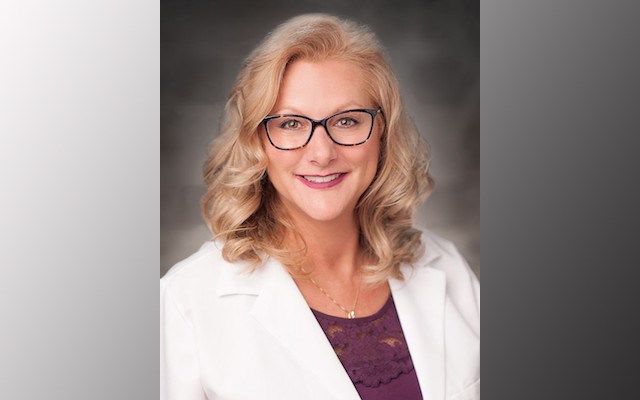 Brenda graduated from Lake Superior State University (LSSU) with her nursing degree, and has lived in southern Ontario for the past 31 years, working in intensive care units in Greater Toronto Area hospitals, currently at Toronto Western Hospital.

Her specialty has been in critical care nursing, but she has also taught nursing for 17 years, a lecturer at Toronto’s York University for the past seven years.

Brenda was inspired to be a nurse during her youth in the Sault.

“I was a lifeguard for the city at a municipal pool and started teaching swimming at 16. We had a lot of training. It would always be first aid for people with heart attacks or injuries, and if anything went wrong we would call the hospital. From there I thought ‘what goes on at the hospital?’”

“For me, it was just natural to go into nursing to find out what goes on after that 911 phone call, so I did my degree.”

Brenda followed up with a Masters degree in education, currently finishing up another Masters in nursing science.

“Nursing has been just the best career ever,” Brenda said.

“Nursing affects your well being and your health, and no matter where you live or what age you are, it’s a complete, continual care from birth to death. Nurses can impact that whole process. In sickness or in health, they can make a significant difference in how you experience your illness or your wellness.”

Over three decades, Brenda said she’s seen some changes in the nursing profession.

“One is the expansion of the nursing role. We need to continue to advocate for an expanding role, such as the nurse practitioner role, and that needs to expand more.”

“We need to continue to advocate for the nurses role in all areas of health and wellness,” Brenda said.

She also encourages her students to be politically active.

“With the new government, I applaud anyone who can see the need for the system to be streamlined and more efficient, but Ontario’s been facing low nurse to patient population ratios, and for the third year in a row our RN to patient ratio has been the lowest in Canada (the safe RN to patient ratio is 4-1, meaning four patients and one nurse, according to the RNAO).”

“I’m very concerned about that, and how Ontarians are cared for in all aspects of care. We need at least 10,000 more full-time nursing jobs,” Brenda said.

She said she’s “very proud” of the new Sault Area Hospital facility, which opened in 2011.

The Orazietti family has close ties to SAH, her father Joe Orazietti chair of the hospital foundation’s 5 Car Draw fundraiser for 28 years, a plaque in his honour on the wall outside the SAH auditorium.

Her cousin David Orazietti, former Sault MPP and cabinet minister, worked to make the new hospital building a reality and provided funding to SAH during his 13 years as the Sault’s representative at Queen’s Park.

When not nursing or teaching, Brenda is an entrepreneur.

She runs her own business called Renewed Beauty by Brenda Inc. and can be found on Instagram and Facebook.

“I do medical aesthetics, where I turn back the clock and decrease that aging look, so I inject botox. It’s interesting and fun and refreshing, compared to the death and dying and the crisis in the ICU.”

For all her success in Toronto, Brenda said “Sault Ste. Marie is always in my heart. I’ll always be coming home often to visit my family.”