Sault native now working in the 'center' of it all in Washington, D.C. 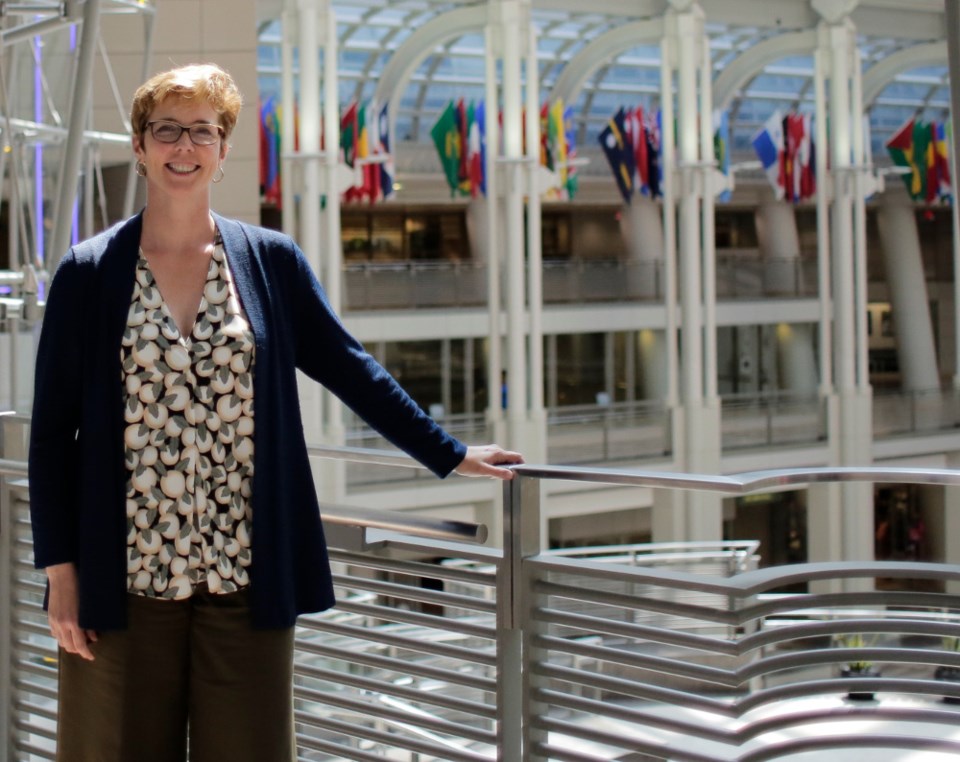 “My office is right between the Congress building and the White House, and right beside the Trump Hotel, so if there’s an epicentre to all the craziness, I think I’m there!” Dawson chuckled, speaking to SooToday.

Two and a half years ago, Dawson, a former political science professor who was working for the U.S. embassy in Ottawa, received a call, inviting her to take the helm as Director of the Canada Institute at the Woodrow Wilson International Center for Scholars in Washington, D.C.

That visa, officially known as the U.S. Department of Homeland Security Individuals with Extraordinary Ability or Achievement 0-1A visa, is for ‘individuals with an extraordinary ability in the sciences, education, business, or athletics.’

“So I jumped in and took it, and I became the Sault Ste. Marie native probably closest to the White House,” Dawson said.

The Wilson Center is named after Woodrow Wilson, who served as U.S. president from 1913 to 1921, an academic who became best known for guiding America through World War I and who, with a passion for foreign policy, dreamed of lasting peace in Europe and throughout the world after the war’s end.

The Center was established by the U.S. Congress as a non-partisan think tank dedicated to discussion of global issues, including trade.

Dawson said her office’s mission is to ensure U.S. lawmakers are educated on Canada before passing any bills that would negatively affect Canada in its economy, its health sector, border security and social issues.

“We don’t lobby. We are in an educational outreach goal,” Dawson said, adding she has noticed Essar Steel Algoma leaders at some of the Center’s meetings on trade, and has also noticed research papers on the Sault’s green energy initiatives pass through the Center.

In matters of trade, Dawson said “often we will hear ‘oh gosh, we didn’t know that would affect Canada, we intended to do that to affect China’ for example.”

“Sometimes there’s a lot of education (needing to be done concerning our American neighbours).”

“There’s a real fondness for Canada, it’s just that Canadians, like a friend of mine said, look through the telescope from the small end and everything about the United States is magnified. The United States looks at Canada through the large end and we look very far away.”

“Washington is a very interesting and exciting city, especially for someone who really enjoys the dynamics of politics.”

“People get caught up in the drama, checking their tweets and saying ‘oh my gosh, Steve Bannon (U.S. President Donald Trump’s former chief White House strategist) got fired,’ but I think it’s really important to make sure communities outside Washington, in the U.S. or Canada, where real people have jobs and manufacture products, are represented.”

She still has family members and friends in the Sault and area.

She left her teaching position at Carleton, along with her role as a consultant, soon after Barack Obama’s election as U.S. president in 2008.

“That’s when I started working for the U.S. government. I took a job at the U.S. embassy in Ottawa as an economic advisor, helping the ambassador to understand the complexity of Canada-U.S. trade.”

“Once I started working on trade issues, that defined everything else I’ve done. Basically, everything I’ve done through teaching and working with the U.S. government has been about Canada-U.S. trade.”

The biggest item on Dawson’s plate right now is the revamping of NAFTA.

“In the United States you can have someone who actually works for Bombardier and still say ‘I hate trade and NAFTA’s bad.’ What? You’re working for a Canadian company, shipping products to the United States, Mexico, Canada and around the world, but yet you’re somehow convinced trade is a bad idea'.”

“A lot of my job is about helping Americans understand how important that economic relationship is,” said Dawson, agreeing that NAFTA needs to be updated.

“That informal relationship is something I bring to this job, it’s how closely related we all are.”