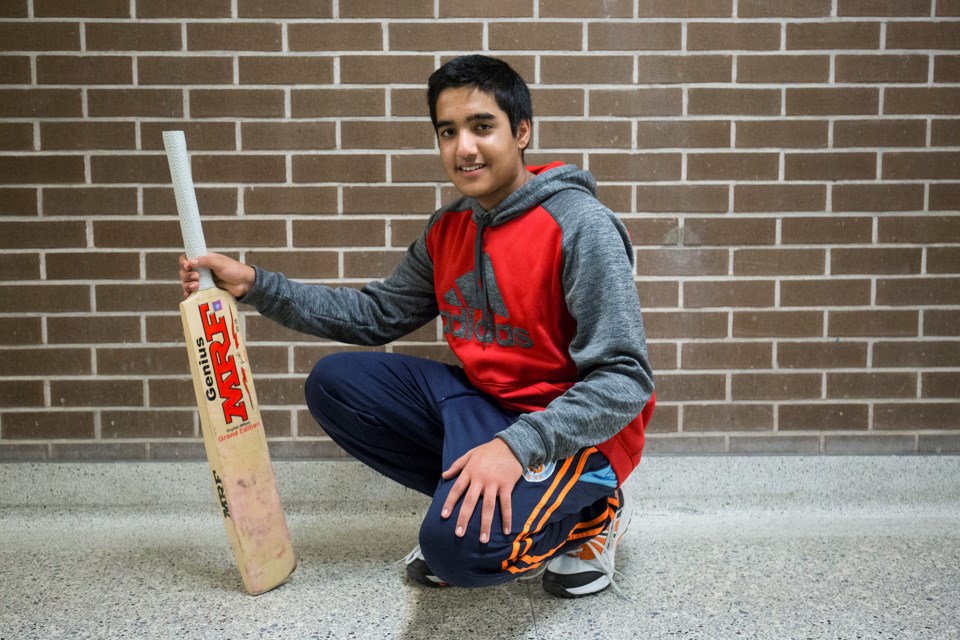 A Sault Ste. Marie teenager is set to make a positive impact on and off the pitch when he represents Team Ontario on an under-17 cricket tour of Sri Lanka later this month.

Arsh Marwah, a Grade 10 student at St. Mary’s College, has been playing organized cricket with the local club for about five years.

“I started when I was like 11 or 12. I didn’t really play that well, but they always helped me. They didn’t kick me to the side,” said Marwah of the Sault Ste. Marie Cricket Club.

In the summer, Marwah attended a cricket camp in southern Ontario when something unexpected happened — he was asked to stay an extra week to represent the Under-15 Team Ontario for a series of international matches.

After that, he was invited back in September to represent Ontario again in a tournament in New Jersey and he is set to fly to Sri Lanka later this month as a member of the Under-16 team.

Marwah said he is excited to be representing Ontario on the international stage in a game he has watched on TV since he was a young child and playing in the backyard with his father.

During the tour, Marwah and his teammates will play on pitches usually reserved for professional matches.

Kalva has been coaching Marwah in preparation for his Sri Lanka tour and says the sport’s popularity is growing.

“It’s not that popular yet in Canada, but it’s definitely on the rise. Five years down the line, I’m actually thinking there will be a good strong team coming up from Canada. For that, he’s at the right age right now. He’s only going to become better and better from each passing day,” said Kalva.

“He is someone who has a firm goal to be a cricketer, which I really admire about him and I want to help him,” he added.

When Kalva moved to the Sault from southern Ontario two years ago, he didn’t expect to find a cricket club at all.

“I thought there would be no cricket but I was lucky to find all of these people,” he said.

Members of the local cricket club hail from countries like Canada, India, the United Kingdom, Bangladesh and Australia, among others.

“When you get in the field and play the season it’s more about building friendships, getting to know people from different cultures — that’s the best part,” said Kalva.

In addition to playing matches during the Sri Lanka tour, Marwah and his teammates will attend two orphanages — donating clothing, playing equipment, learning materials and hosting a meal for the children.

During a bowling fundraiser held last month at North Crest Lanes in support of Marwah’s trip, about $1,900 was raised for the orphanage visit.

As the only team member from northern Ontario, Marwah said it can be difficult being so far away from his Team Ontario teammates and new friends.

“They get actual practices with the actual cricket ball and coaches a couple of times a week. Here I play once a month or twice a month,” said Marwah.

He is thankful for the help he is receiving from Kalva and other club members in support of his role representing Team Ontario.

“They have been really helping,” he said of the local cricket club members.