Kelsey does it again! 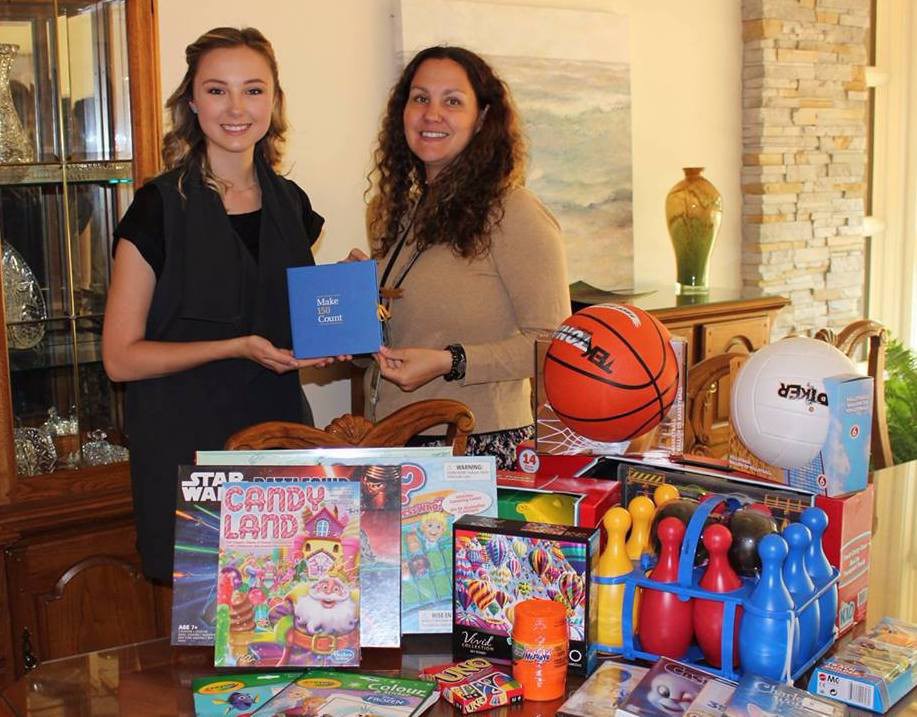 Kelsey Hroch has done it again.

The Sault woman, who has earned widespread admiration for spearheading her own fundraising effort for the Algoma Residential Community Hospice (ARCH), reached the $60,000 mark in June.

In addition to that incredible achievement, Hroch has spent money to put smiles on the faces of the hospice’s youngest residents.

The Royal Bank of Canada recently reached out to thousands of Canadian youth, to the tune of $150 each, in its Make 150 Count campaign.

Hroch took her $150 and spent it on movies, toys, games and colouring books to be used by children in ARCH’s paediatric suite, along with some outdoor sporting equipment to be used at the hospice.

“I had the $150 for a while, and then ARCH had their groundbreaking ceremony for the new paediatric centre they’ll be opening up, so it all fell into place after that, I figured it would be a good way to give money to them for things they will need for the children while they’re focusing on the building itself,” Hroch told SooToday.

“It’s important to me because I want other families to have a better experience at end of life, it’s important families can spend time together and make some memories.”

Hroch’s father Rick passed away at Sault Area Hospital in 2007 when she was only 11, ARCH still in its construction stage at that point in time.

“When my Dad was in hospital the nurses set up a movie night for me and my brother, my Mom and my Dad, and we watched movies all night in the hospital.  That’s a good memory I have, so maybe another family at ARCH can have those memories too.”

Meanwhile, the impressive $60,000 mark reached in Hroch’s fundraising campaign for ARCH is not, by any means, the end.

As a Grade 9 student, she began making bookmarks to be distributed as Christmas gifts.

“I made over 100 of them, some of them as keepsakes for my family from me, but I had leftovers so I asked my uncle (local chiropractor Dr. Todd Maclean) to sell the rest of them at his office and I decided to donate the profits to ARCH.”

Hroch then began making and selling keychains for ARCH for $5 each.

She also began selling necklaces to raise funds for the hospice, but keychains seem to be the favourite.

“Those took off and they’ve been the biggest seller since.”

“A lot of families who have a loved one at ARCH will purchase them and give them to the rest of the family to remember their loved one who passed away.”

A Cuts for Cancer event in 2014 put Hroch’s fundraising efforts over the $40,000 mark, and since then her mother Bev Gangle-Hroch has been in charge of selling the keychains locally while Kelsey, now 21, devotes her time to her studies in biomedical biology at Sudbury’s Laurentian University.

“That (her mother’s help) has been huge in keeping it going.”

Hroch ramps up production of more keychains when she is at home  from university, such as now, during the current summer season.

“I thought my first donation would be it, but you get hooked on the feel good moment of giving back to your community and it all snowballed from there. I still love doing it.”

Hroch said she would like to see other youth take over her campaign at some point, when she reaches a time in her life when she may not have as much time to devote to the cause.

“I’m going into my fourth year of university in September so I’m thinking maybe after I graduate from my undergraduate program I would pass it on to a youth to keep it going.  It’s still doing well.  There have been many people interested, there are a couple of people in mind who I would like to hand it over to.”