Jim celebrates 50 years of helping out on the hills

Jim Ellis Sr. honoured for half century of service with the Canadian Ski Patrol, looking out for skiers safety
0
May 8, 2019 12:14 PM By: Darren Taylor 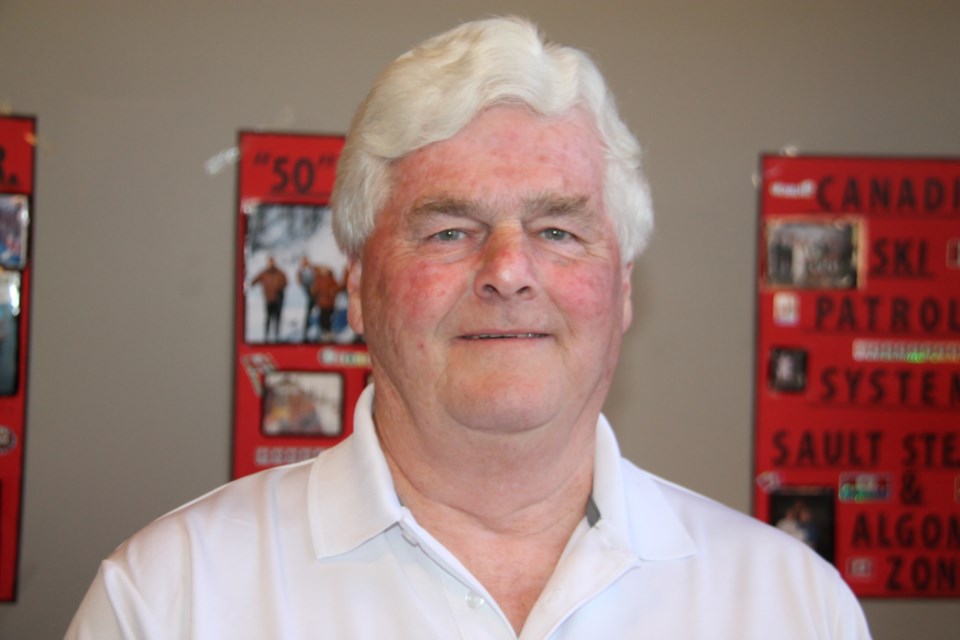 The Sault’s Jim Ellis Sr. was honoured for 50 years of service as a fully trained Canadian Ski Patrol volunteer, May 7, 2019. Darren Taylor/SooToday

Family members, friends and Canadian Ski Patrol executive members gathered at North 82 this week to honour the Sault’s Jim Ellis Sr. for 50 years of volunteering with the organization.

The Canadian Ski Patrol is a non-profit, volunteer-based charitable organization which administers advanced first aid and emergency response services at well over 200 ski resorts and hundreds of recreational and sporting events across Canada.

“I’m kind of surprised,” said Jim, speaking to SooToday prior to attending the party held in his honour Tuesday.

“My son organized the party. Who knows what he’s got up his sleeve once I get to this dinner tonight,” he chuckled.

Reflecting on his half century of service, Jim said “I started skiing at Finn Hill. There was a small chalet at the bottom of the hill and I got to know the chalet owner, then he got me out to Buttermilk when I got a little better at skiing. Then a couple of guys said to me ‘if you’re going to ski here all the time, why don’t you join Ski Patrol?’ and that’s how it started.”

“Our main goal was to give first aid to anyone who got hurt on the hill, treat them for their injuries and transport them off the hill and get them to home or hospital, depending on the severity of the injury. Sometimes it involved calling an ambulance.”

When Jim started with Ski Patrol in the winter of 1969, he and his fellow volunteers were equipped with specially made toboggans to transport injured skiers off the hills, trained how to handle the toboggans according to the size and weight of an injured person.

As the years went by, Jim applied his skills to the ski hills at Hiawatha, Heyden and Searchmont.

“Right now, our first aid course is an advanced first aid course. We’re pretty well the same as a paramedic, but we don’t administer drugs. That’s pretty much the only difference,” Jim said.

“We had a couple of injuries I was on the scene for when an ambulance had to be called,” Jim recalled.

“One was a head injury which turned out to be not severe. Another guy broke his femur (the thigh bone, the longest and strongest bone in the body). It takes a lot of force to break that. I’m not sure how he really did it, but he did.”

Jim, born and raised in the Sault, is enjoying retirement after 43 years as a grocery store employee.

He remains a familiar face to Churchill Plaza shoppers, retiring from Metro in 2016, working at that site when it was A&P, and before that, Dominion.

But, after 50 years, Jim, now 68, has no plans to retire from the Canadian Ski Patrol.

“I like doing first aid and being trained in that, and I like being out with the public,” said Jim, who estimated he is on duty at Searchmont about 16 hours a week every winter.

“I figure as long as I’m skiing, I’ll keep patrolling. It’s something you really get into, working with the public. You get to meet a lot of people.”

These three wouldn't trade nursing for anything despite COVID-19 stress
May 15, 2020 10:00 AM
Comments
We welcome your feedback and encourage you to share your thoughts. We ask that you be respectful of others and their points of view, refrain from personal attacks and stay on topic. To learn about our commenting policies and how we moderate, please read our Community Guidelines.